Do me a favor and just press play before you read any further. This is the perfect soundtrack for this recap and this game.

Ready? Okay. The Winnipeg Jets lost 3-1 tonight to the New Jersey Devils. Was it bad? Yep. Is this going to be a great recap? Not likely. Do I plan on putting as much effort into this as the Jets have into their game? You betcha. Are you going to think I'm drunk? Oh. Oh yes.

2) Perreault is injured again. He left early in the game with a lower body injury. That's gross.

3) LEE. STEMPNIAK. ON. FIRE. Monsieur Stempniak scored himself the first goal in the game. Then later he got another goal. He was given a chance in the final few minutes to finish out the hat trick but couldn't get it done. I'm actually kind of sad. I love hat tricks. Don't even care if it's against the team I'm rooting for. I just like fun.

4) Mark Stuart is a nightmare. I don't get it. I remember last season I made some offhand comment about Stuart not being super mega great and I got chewed out for it. BUT YOU GUYS. Here are some facts about Mark Stuart for your brainmeat.

5) One bright spot in the evening was probably Dustin Byfuglien with the Jets only goal of the game and this:

It's going to be a sad day when they trade him away for a bucket of tacos and a tuna fish sandwich....

6) Okay. Let's talk more positives because I feel like this could enter the realm of super mega depressing real quick....

Uh. Auston Matthews would look so good in blue and silver you guys. Like, for real. Those are his colors. He can totally pull off that color combination. 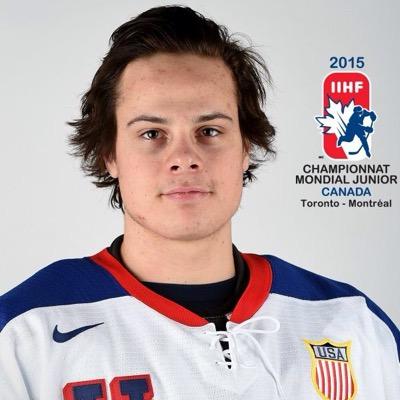 For real. That face. That hair. Blue is your color dahling.

@arcticicehockey @GarretHohl Stepniak had 13 goals this season. Ladd has 10. Stepniak makes $800,000 this year. How much does Ladd want?

8) Do I have any real analysis? HAHA. Have you even met me? You know I don't. Here's Blake Wheeler channeling his inner Steve Perry.

"I won't stop believing in our group." -Wheeler https://t.co/1YVsmERiAc 9) Connor Hellebuyck had a kind of rough night out there what with the losing and all. I refuse to crap all over him though. He's still just a baby. I fear the return of one Ondrej Pavelec. Do I think the tandem of Hellebuyck and Hutchinson are what the Jets should roll with? Not necessarily but.... woof.

By reading this tweet you have accepted a great big e-hug from the @arcticicehockey family.