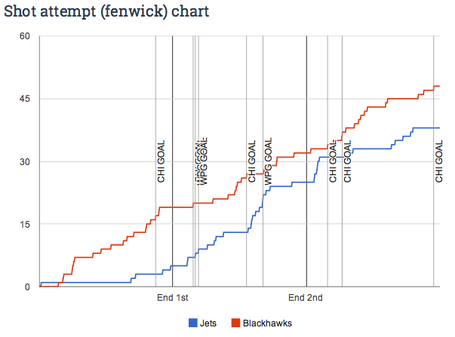 * That was an ugly third period... Not going to enjoy having one of the top possession teams in the league in our division for the next few years.

* The Winnipeg Jets had five players show up for the whole game. The top line and Tobi-Buff. You are not going to win against a deep team when all you have is one five man unit.

* The fourth line did actually pretty good in keeping the puck out of their zone against a team like Chicago, but they are not going to put up points.

* Not sure why Noel sat Setoguchi. I didn't see any blatant giveaways or bad plays and there were 5 other top nine players who were playing just as inadequately.