Graham floated a pretty good idea my way a couple of days ago, concerning providing TOI charts with multiple players to provide a visual comparison of their usage. At that point in time, I took a look at my TOI data and realized two things: 1.) I didn't use my TOI figures the way I really wanted to (to that point), and 2.) there are a lot of different ways to show this information that could be helpful.

To the first point: I remembered the way I planned on showing TOI over the season when I started putting it together earlier this year (about February). Rather than the raw TOI figures, which tend to fluctuate a lot even when presented as moving averages, I should express the TOI as a percentage of the top TOI total from game to game. This is more important with 5v4 and 4v5 TOI figures, because the amount a team spends in either situation from game-to-game will fluctuate quite a bit, exacerbating any smaller fluctuations due to usage. So I switched that over, and then using my magic visual touch, I came up with these: 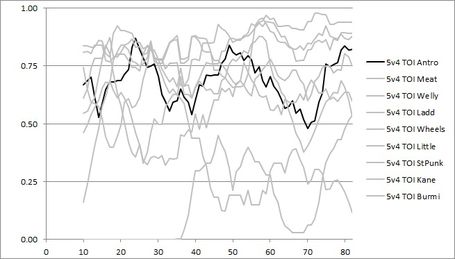 The x-axis are your games 1 through 82, the y is the percentage of the top TOI from game-to-game. I still wanted to isolate trends, so I'm showing a 10-game moving average; the grey lines are the other forwards that received 5v4 TOI. In this case, we're seeing Nik Antropov (notice on the right where it indicates whose line is black). 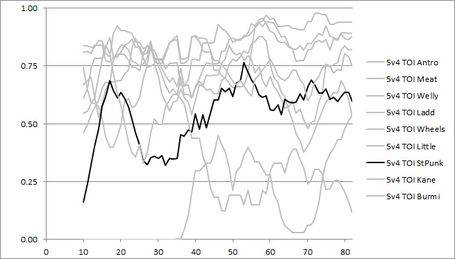 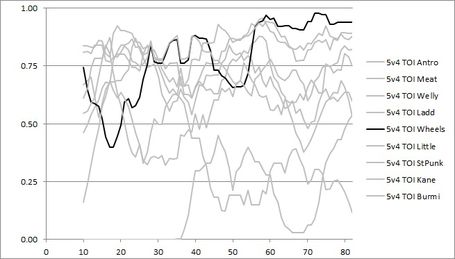 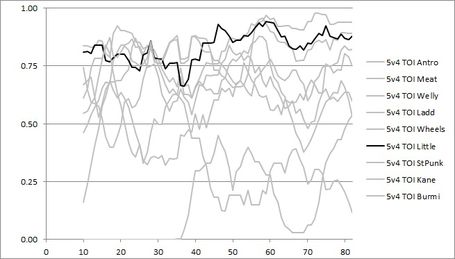 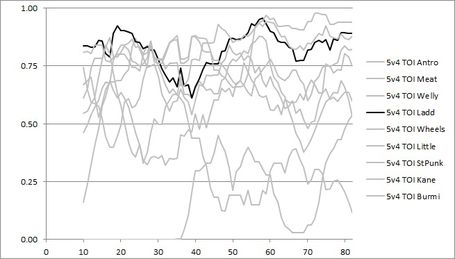 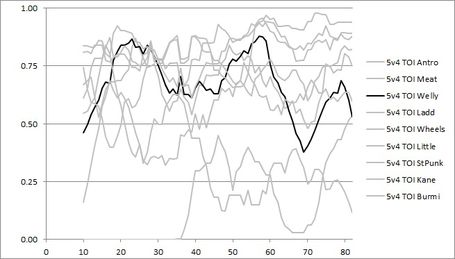 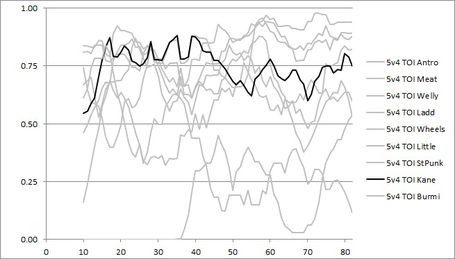 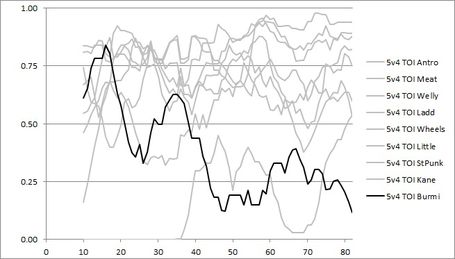 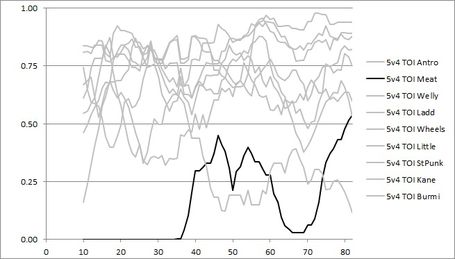 Well, that would explain why Alexander Burmistrov's production tailed off - he lost his powerplay minutes (in the back of my mind, I think I knew that). I'm also kind of marveling at the dip in Blake Wheeler's time early in the year; I can't imagine they were anticipating he would finish as our top scorer. Also kind of nifty to see Tim Stapleton's time stay pretty steady from about the mid-point of the season. And now for my next trick... 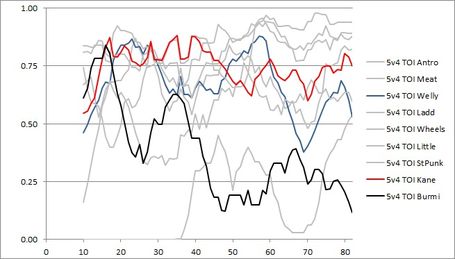 Kyle Wellwood, Evander Kane, and Alexander Burmistrov were all guys that spent a lot of time together at 5v5, but as we know their boxcars took different directions as the season wore on. This chart is a possible explanation. And how about these guys? 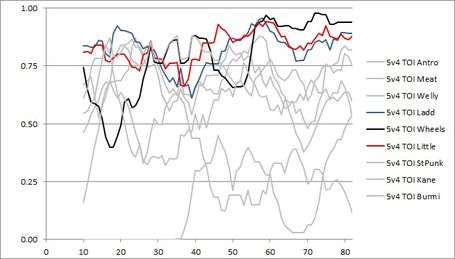 Not to knock Andrew Ladd, Bryan Little, and Blake Wheeler, but these are some serious minutes - the kind of minutes where you'd expect all the forwards to get around 60 points in a season. I'm looking at you, Little Bryan.

Let me know in the comments if you want to see any other forward comparisons. Expect to see more of this in the future.