The greatest (street) hockey game of the year, captured in photos

Share All sharing options for: The greatest (street) hockey game of the year, captured in photos

SCENE: A grey, overcast Tuesday afternoon in the Gateway to the West. As dusk threatens upon the horizon, Winnipeggers flock towards a rooftop parkade at The Forks. Young and old, dawning their warmest winter clothes, and some in their polar blue Winnipeg Jets jerseys with the name LADD and number 16 stitched across their backs, they come bearing hockey sticks to partake in the greatest game of the season.

On a snow-covered rooftop, a throng of media awaits the anticipated arrival. Minutes into what can only be described as "warm ups", flashbulbs pop to the appearance of Stanley Cup Champions Andrew Ladd and Mike Richards.

A few interviews later, captain's Ladd and Richards disperse to opposite sides of the roof. One by one, they begin selecting players for their respective teams. Once this task has been completed, the ball drops.

For the next 50 minutes, they artfully play the game as it was intended. Gone are terms like HRR and "make whole", replaced instead with the purity of the game in its barest of forms. Fifty minutes focused solely on the present game at hand. And then, just as quickly as the mass congregated, they depart into the brisk November night. The game had ended. The fun was over.

Though short and obviously bittersweet for all those involved, the game was a smashing success. It brought a community together. It humanized NHL stars who are in the middle of a three month power struggle with the league that employs them. But most importantly, it embodied our love of hockey. Rain or shine, sleet or snow, Winnipeggers would not miss this event. Not even the howling winds could put a damper on the spirits of those involved. And therein lies the beauty of our fascination with hockey. We can only hope that the NHL soon returns to the confines of the MTS Centre because now that fans have reacquired the taste, their hunger for the sport will only burn deeper.

We tried our best to set the scene, but for those without vivid imaginations, feel free to peruse the accompanying photos below. A big thank you to Colin Enquist (@cenquist) for sharing his work. You can see more of it at www.cenquist.com 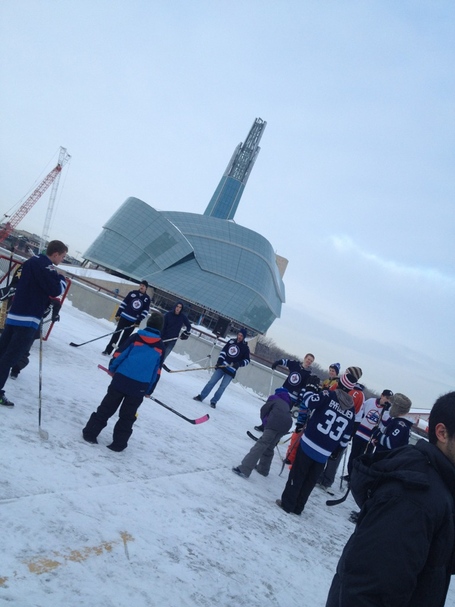 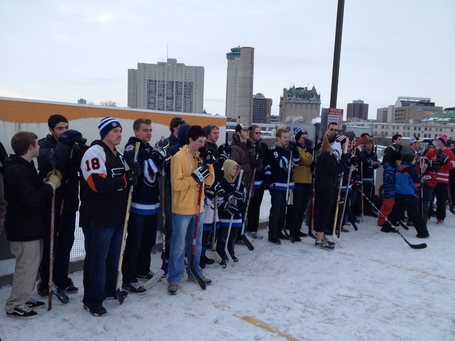 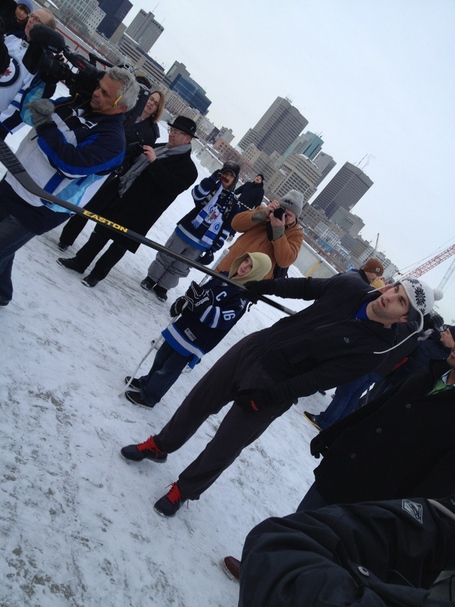 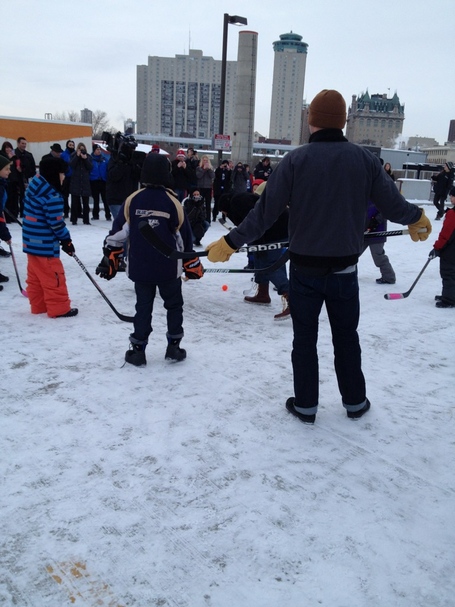 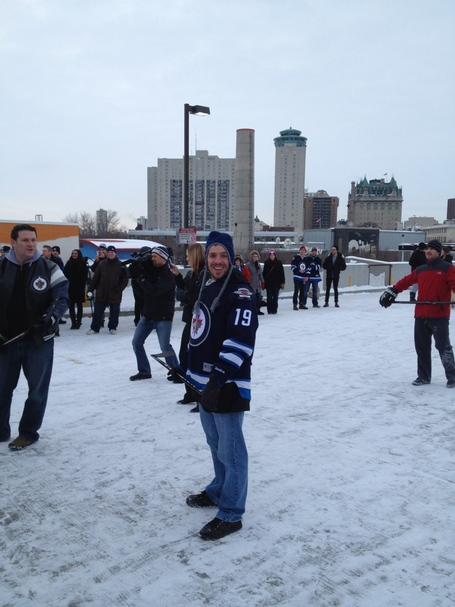 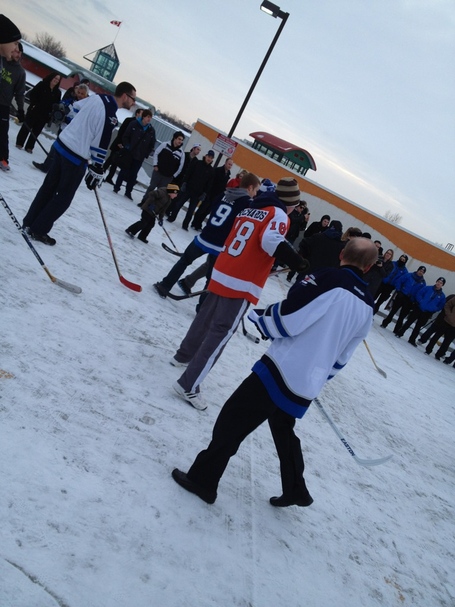 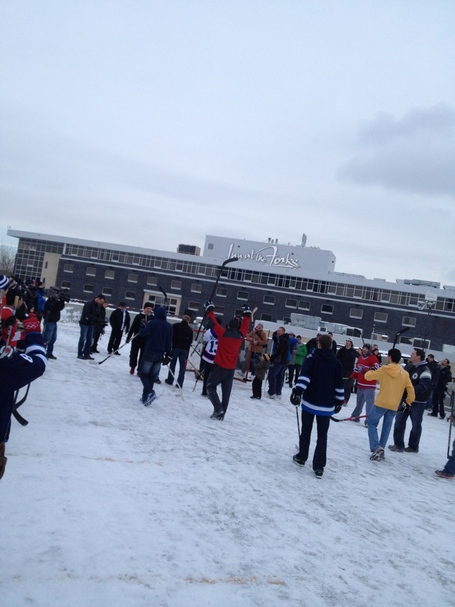 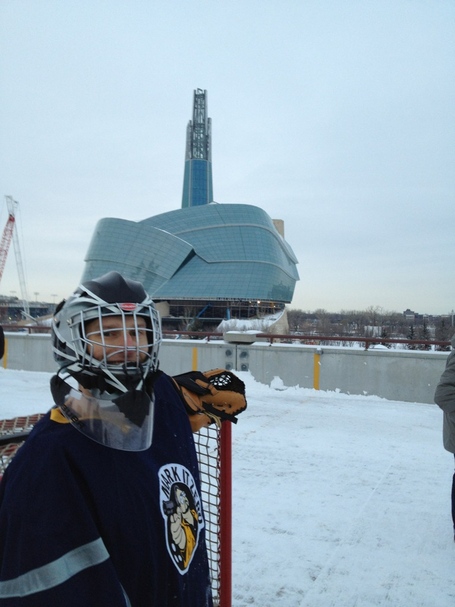 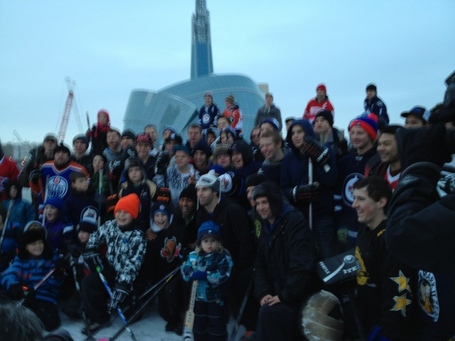 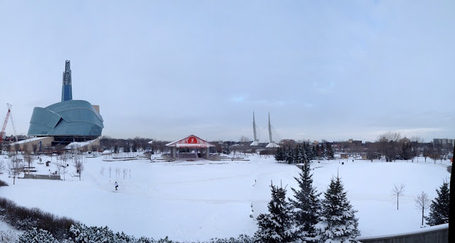