Share All sharing options for: BW Chart for Winnipeg Jets versus Los Angeles 12/29

Taking a look at the BW Chart (still haven't nailed down what we're going to call them) for last night's game, I think it's pretty fair to say that it once again bore out the game I saw (for the most part). Let's have a look... 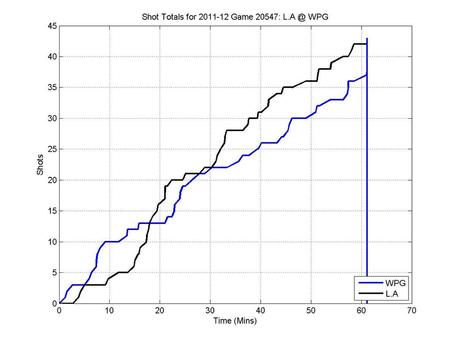