On Canadian Goaltenders in the NHL

Share All sharing options for: On Canadian Goaltenders in the NHL

James Mirtle points out an interesting trend: Canadians have gone from being nearly 100% of NHL goaltenders in 1980 to less than 50% today.  Here's the trend in minutes played: 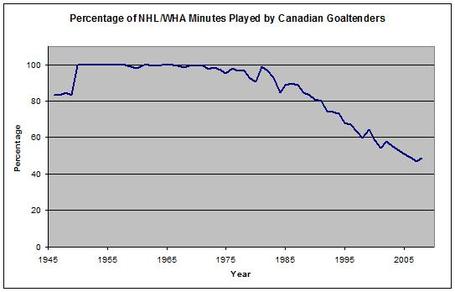 But if we look at the number of goaltending jobs, the change isn't quite as stark - there were simply a ridiculous number of professional goaltenders in the mid-1970s, when talent dilution was as bad as ever.  Overall, we've gone from 20 Canadian NHL goalies to 15 in the last 30 years: 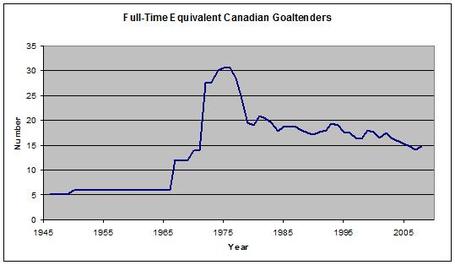 When you consider the number of Canadian male children born 25 years earlier, the change is even subtler: 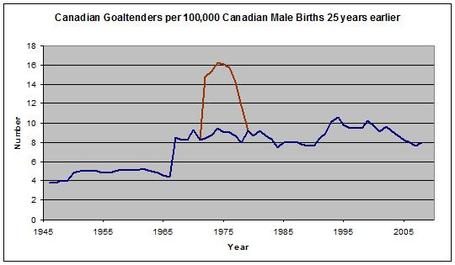 Basically, Canadian male births dropped 25% from 1959 to 1984, and the number of goaltenders who developed 25 years later (1984 and 2009, respectively) dropped accordingly.  Indeed, were it not for the existence of the WHA, the rate at which Canada produced professional goaltenders would have been approximately constant from the 1967 expansion through today.