BW Chart for Jets vs Lightning 2/2

Share All sharing options for: BW Chart for Jets vs Lightning 2/2

Finally getting around to the next couple; the start of the semester is always a bit crazy for me. We've had a string of close games, including a shootout victory over the Philadelphia Flyers, this OT victory over the Lightning, and a tight battle with the Florida Panthers. In all cases, I think we can see that our offence is still struggling, even with Dustin Byfuglien in the fold. Things could certainly stand to get better (our PDO is still balls-low), but I will forward the fact that we knew the offence would be problematic going into the season. Let's have a look at the Lightning game... 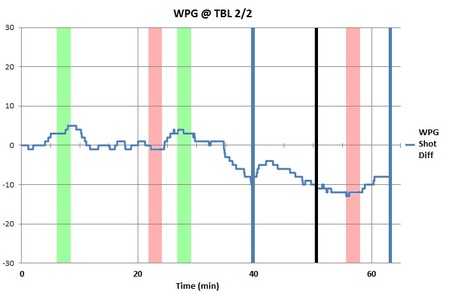