Share All sharing options for: The Afterburners: Jets Hand it (?) to Colorado, 4-1

The Jets played the big spoilers to a surging Avalanche squad last night, thanks to a couple of goals from Evander Kane and a studly performance from Ondrej Pavelec. Steam Punk (Tim Stapleton) also chipped in with a solid PP goal and an assist on Kane's second goal. Given the lopsided score, one would suppose that a Colorado team that had gone 6-3 in its last 9 games simply ran into a better team last night at the Pepsi Center. Hell, we'd like to suppose that's the case.

Unfortunately, we have a couple of things that suggest that wasn't the case... 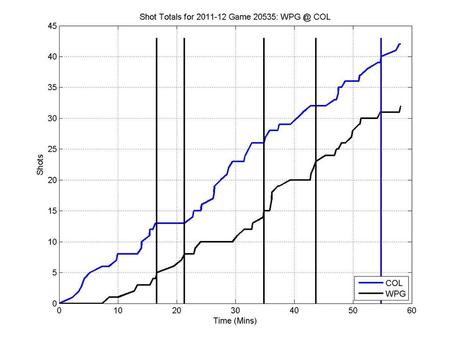