A look at what has happened, by the numbers.

Garret came up with a neat format a while back to show player Corsi over time. I thought I'd borrow on that to look at how the recent line shuffling of Evander Kane has affected the play of linemates Mark Scheifele and Oli Jokinen.

After returning from injury on December 16th, Evander Kane was inserted on Mark Scheifele's line along with Michael Frolik in place of the injured Matt Halischuk. Oli Jokinen, meanwhile who had been playing with Kane prior to the injury, kept Chris Thorburn on his line instead. Here's how players Corsi numbers looked through this transition: 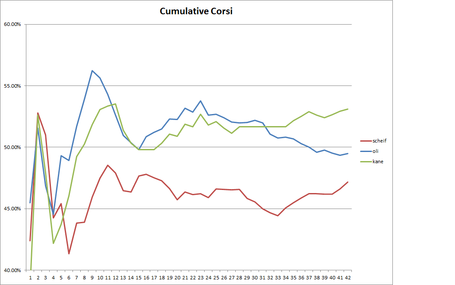 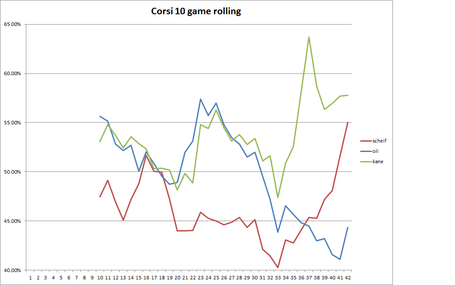 Game 28 was where Kane was injured. Game 35 was where he returned.

Is this in line with what you expected?