Fighting in Hockey: The Human Element, Intangibles, Energy and Momementum

A look into where enforcers may or may not provide value beyond their inability to protect players.

Share All sharing options for: Fighting in Hockey: The Human Element, Intangibles, Energy and Momementum

Last Friday James Mirtle wrote an excellent piece on the demise of the enforcer. As with all great articles on controversial topics, the discussion inspired widespread debate; debate that I enjoyed watching transpire.

Over the next few articles, we will look at these different topics with fighting individual, and the reasoning behind both sides.

I'm going to ask for a bit of forgiveness in advance. The social sciences are not my strong suit, although I have taken some introductory undergraduate courses (economics and philosophy for those that care). I'm at a disadvantage discussing a subject rarely invoked in the physical and life sciences.

The physical sciences almost deal exclusively with variables that can be measured. The tangibles. But, there are intangibles that exist when dealing with humanity. Some of these have measurable effects while others are still unknown.

The human element is real; intangibles exist. There is a lot of unknowns in hockey. For example, Twitter friend Josh Weissbock's work with machine learning found limits to current models around 60-75 percent accurate. What constitutes this other 25 to 40 percent? Is it luck? We know with the instability of goaltending game-to-game performance that luck is a large part of the remainder; however, it is not the only element.

Anything that affects emotions is a latent variable. A player's emotional state cannot be measured but its effects can. Studies in economics have empirically shown the impact of employee morale in industry productivity. To say hockey would be an unique industry where these effects do not exist would be a dangerous assumption.

Intangibles of fighting and enforcement

The human element exists within the emotional state of players. Confidence, morale, determination, leadership, etc. These are factors that cannot be measured but likely have impact on other measurable variables. If a player feels safe due to his team's low minute goon, it may impact his play with added confidence. This may occur despite logical reasoning indicating the player's interpretation of his safety is misguided.

Phil Birnbaum found that "fighting teams" do not have a statistically significant improvement in goals or wins than comparable teams that differ only in fighting occurrence. How do you make decisions based on an relatively unknown impact so small that it may or may not be negligible?

Intangibles and the limits to Corsi 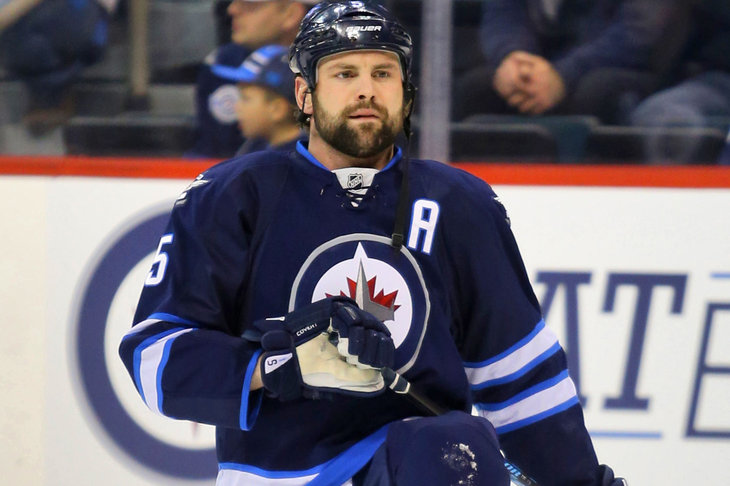 Fighting is an event that likely has an impact in morale, but no noticeably significant impact in goals and wins column. We have discussed this before; management would be wise to practice extreme caution in such matters. A fighter may improve productivity of his teammates but it may not be significant. Dressing a fighting specialist for minutes in place of a player more productive for on-ice results runs the risk of unnecessarily handicapping your team for no substantial benefit. However, if there are two players who are deemed equal in on-ice results, intangibles -including how a player affects his teammates emotional state- gives a possible additional bonus.

Energy and momentum from fighting

An earlier study by Power Scout Hockey showed that shot rates increased immediately after a fight, showing that fighting had fleeting impact in energy (the article has since gone inactive). Unfortunately the nature of hockey makes these conclusions difficult to decisively measure. There is the added impact that a fight and the ensuing moments serve as a rest period and that the usual suspects for fighting penalties tend to be the players with the lowest shot rates.

From a strategic point there is the additional factor of control, or lack thereof. No study yet has shown the impact of fighting to be connected to anything other than chance. Sometimes one team benefits, sometimes the other, and sometimes both. Neither team experiencing an impact commonly occurs as well.

The pattern seems to follow random chance. Georgetown Sports Analysis found that, even in extremely one sided fights, there seems to be no significant rally effect from winning a fight. The momentum shift narrative often falls into confirmation bias territory. The team was inspired by the victors display of determination. The other team rallied behind the losers display of sacrifice.

Some compare momentum fighting to pulling the goalie. Both the leading and trailing teams may potentially benefit from the decision a trailing team makes out of desperation. But, there are differences. The tradeoffs to pulling a goalie is far more known and significant in measure. Teams can estimate the optimal times in making such a move.

There is another difference: it takes two to tango. Imagine if the opposing team had a say in whether or not a team could pull their goaltender. Yet, when we see a team trying to turn the tide with a fight, we see the other team complying. Of course there is "the code", but that seems to disappear often enough.

All evidence seems to indicate that the fighting aspect adds somewhere between little to no on-ice value via fighting specialists. There may be additional intangibles given through the emotional fortification of teammates; however, one has to wonder if a team should risk sacrificing the tangible benefits in outscoring their opponents for an effect that may or may not benefit?

Over the past three articles we have discussed why teams moving towards eliminating the enforcer is the right move. Next week we will discuss how the league can effectively encourage this change while also protecting the players.