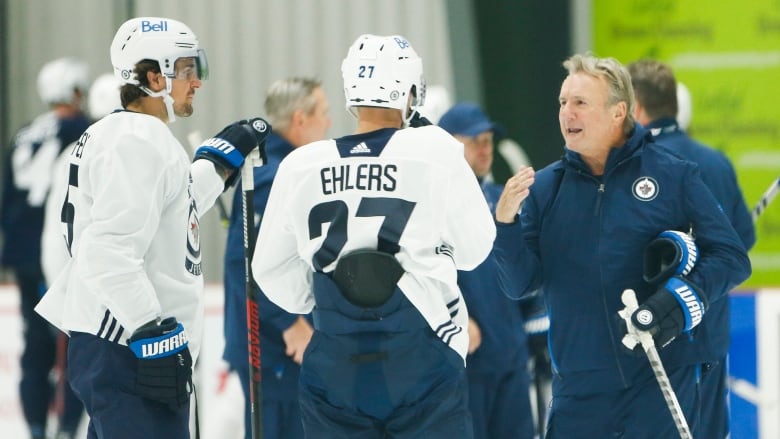 The Winnipeg Jets will play their first game under new Head Coach Rick Bowness with a pre-season match versus the Edmonton Oilers on Sunday (5 pm CST).

It will be the first time many fans get to see what the Jets will look like under Bowness' system, which players described during training camp with statements like "aggressive style", "no more players standing still", and "defensemen getting the green light to jump into the rush more often". All that sounds great after watching how lost the skaters looked at times last season.

Bowness is coming off two and half seasons at the helm of the Dallas Stars, leading them to the playoffs 2 out of 3 seasons. Hopefully another coaching staff addition, Associate Coach Scott Arniel, will also help improve Winnipeg's defensive and short-handed play.

Dallas was also 21st in the NHL in goals for last season and were still able to make the playoffs and that experience might come in handy if the Winnipeg Jets hope to perform well with limited scoring depth at the forward position.

Starting tomorrow, we''ll get to see how the players adapt to the new systems when they face off against the Oilers. The actual lineup is still unknown, but the Winnipeg Jets have indicated that the following players will be in uniform:

Not a whole lot of veteran presence for Winnipeg in the opening pre-season game, but will be a chance to see some of the new additions: Maenalanen, Stenlund, Sautner, Capobianco, & Rittich. Will add the Jets' lineup once they release it.

Other than Perfetti, Dubois, & Lucius, all the forwards will likely be fighting for the bottom six/extra forward spots with Winnipeg this season. Hopefully Gustafsson can make a good first impression on the new coaching staff and finally get his long-awaited NHL shot. Should be nice to gauge Lucius against NHL talent.

At this point in time, I couldn't find any information on who Edmonton will be dressing, but will update the article once the Oilers provide an update.

Despite my believing the Winnipeg Jets could end up anywhere from the 6th playoff team in the Western Conference to being in the run for the Connor Bedard lottery this year, I'm still excited to watch another NHL season. I still hope for a last minute trade involving one of our extra defensemen, but Chevy may decide to go with a crowded blueline instead. According to CapFriendly, the only defensive prospects that will be required to clear waivers this year are Leon Gawanke and Johnny Kovacevic.