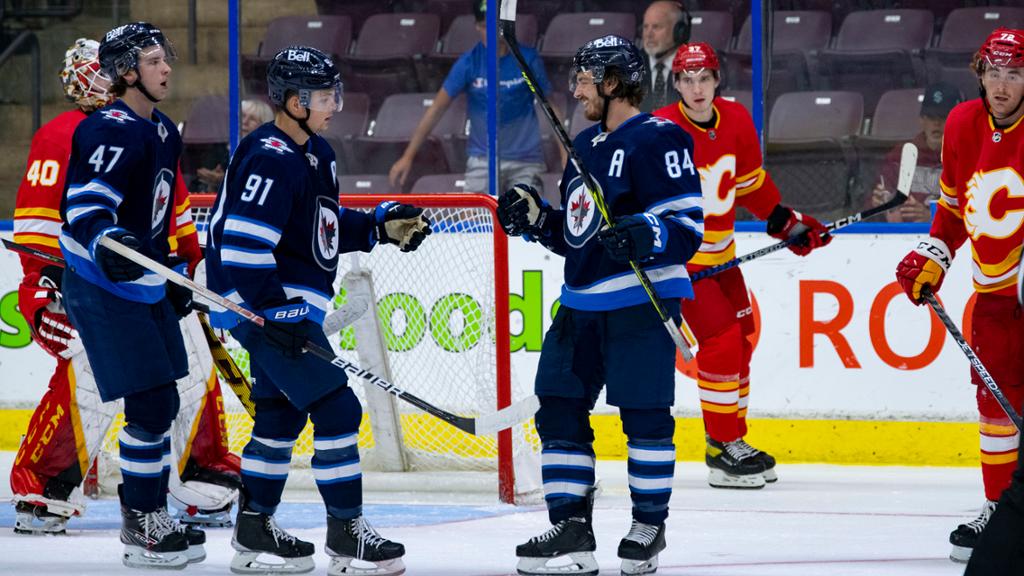 Cole Perfetti, Brad Lambert, and Greg Meireles celebrate after a goal on Monday.

The Winnipeg Jets recently finished the Rookie Camp with a 1-2 record, beating the Calgary Flames 5 to 3, but losing to the Edmonton Oilers 3 to 2 and Vancounver Canucks 4 to 1.

Now the full team will get on the ice together for the first time this season on Thursday, September 22nd when training camp begins. While it seemed that Jets GM Kevin Cheveldayoff did pretty much nothing this off-season, there were still quite a few players who left and came to the organization. None of the new players coming in are top end talent, so the biggest change will probably come from the new coaches. Read recently on IllegalCurve that head coach Rick Bowness described the assistant/alternate coaches general duties as: Assoc. Coach Scott Arniel - PK & Defense, Asst Coach Brad Lauer - PP & Forwards, Asst Coach Marty Johnson - "eye in the sky", and Asst Coach Wade Flaherty - goalies.

As a result of all that, Winnipeg announced today that they would be bringing 28 forwards, 16 defensemen, and 6 goalies to training camp. Here is the full list of invitees: 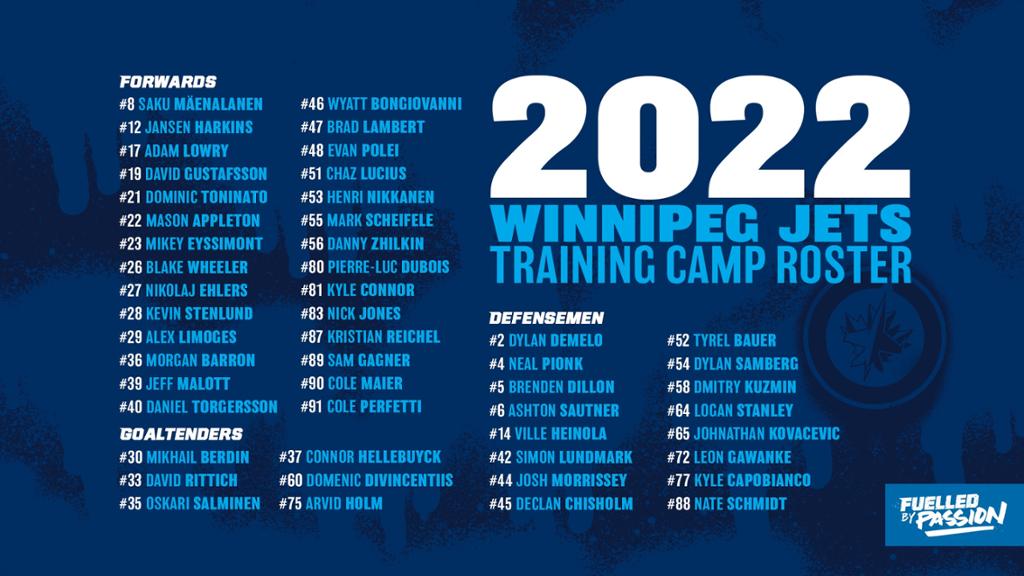 Of the 50 players attending camp, only 3 of them are not signed/drafted by the Winnipeg Jets, with Manitoba Moose forwards, Cole Maier, Nick Jones, and Evan Polei helping to fill out the forward group.

These players will be broken into 2 groups for training camp:

By the last game versus the Flames, the Jets and us fans should have a better idea exactly how this year's line-up will look. Winnipeg opens the regular season against the New York Rangers on Oct 14th in Manitoba and have tough games versus the defending Stanley Cup Champion Colorado Avalanche and the Toronto Maple Leafs in the first 5 games.