Do Consistent Lines = Success in the NHL?

After eating a nice breakfast this morning, I ended settling down to watch yesterday's Toronto Blue Jays game (gotta love Vlad!! The kid can hit!!) and started browsing the MoneyPuck website.

During yesterday's Lowry-Svechnikov discussion, I had noticed that when looking at line combinations, the site had the cut-off set for a minimum of 200 minutes of 5 on 5 icetime and that resulted in the Winnipeg Jets only having 2 different combinations that were above that mark (Svechnikov-Dubois-Connor and Stastny-Scheifele-Wheeler). That got me to thinking about how that compared to the rest of the NHL and whether having lines that stayed together for long periods led to success.

For the first part of that thought, I discovered that the league looked like this:

Injuries can wreak havoc with a coaches plan and in a season during a pandemic when just a positive test result could keep a player on the shelf for almost a week, those kind of things definitely played a role for a lot of teams. Some other reasons for not keeping a trio of players together could be lack of success as a line or even the need to try and spread the offense throughout the lineup. Lastly, a player being suspended by the NHL or traded by their team could also break up a group.

To see if the covid protocols made a huge impact on the amount of icetime that lines got together this season, I briefly scanned the pre-pandemic 2018-19 season. What I found indicates that there was an impact, but not quite as much as I thought there would be. The majority of teams in the NHL that year fell into the 2 or 3 line categories and there was at least 1 team without a line over 200 minutes. However, there were 2 teams (Tampa Bay Lightning & Winnipeg Jets) with 5 lines that met the criteria.

When you look at the team's success rate for each of the categories, you see that only 1 of the 3 teams in the 4 line group are heading to the playoffs (Boston Bruins). The 3 line combo category have played really well for the most part, with 8 of 9 teams currently holding onto a playoff spot. Only the Anaheim Ducks are outside of the playoffs and with such a young team, I think they are probably fairly happy with how things played out for them. In the 2 line class, 6 of the 10 teams have a firm grip on a playoff spot (Calgary Flames, Colorado Avalanche, Edmonton Oilers, St. Louis Blues, Toronto Maple Leafs, and Washington Capitals). Surprisingly, the 1 line group includes one of the NHL's better teams (Carolina Hurricanes) and they are the only one of the 8 teams that appear to be playoff-bound, though the Vegas Golden Knights and Vancouver Canucks are still lurking near a wildcard spot. The two teams (Philadelphia Flyers & Seattle Kraken) that don't have a line with over 200 minutes of icetime find themselves in the bottom 5 of the NHL standings.

With the sativa joint I smoked earlier kicking in, I started to get distracted with thoughts on who the top lines in terms of minutes played and performance were this season in the NHL. Therefore, I wrapped up this portion of my article with the less-than-scientific hypothesis of that if you want success in the NHL, then it's probably best to have 3 line combinations that stay together for long chunks of the season, but you can probably get away with 2.

It is said that marijuana leads to a person doing other more powerful drugs. That certainly isn't my personal experience, for me it just seems to lead to doing research and watching sports. As a result of that, I ended up looking at the top 30 NHL line combinations in terms of minutes played at 5 on 5 to see how their actual goals for/against compared to the advanced stat expected goals for/against. Then I decided to look at the top 10 line combos in each of those categories, to see how they differed. At this point, I looked at all the data scribbled on sheets scattered about me and realized that this was too much for one article. Since I felt like what I had already completed wasn't enough and I still had some time before today's Manitoba Moose game, I decided to split it in two and just do the top 10s.

Disclaimer: If you are a in a fragile state of mind due to frustration from the state of the Winnipeg Jets, you may not wish to read about hugely successful top 10 line combinations (that unsurprisingly doesn't involve our Jets). You have been warned. 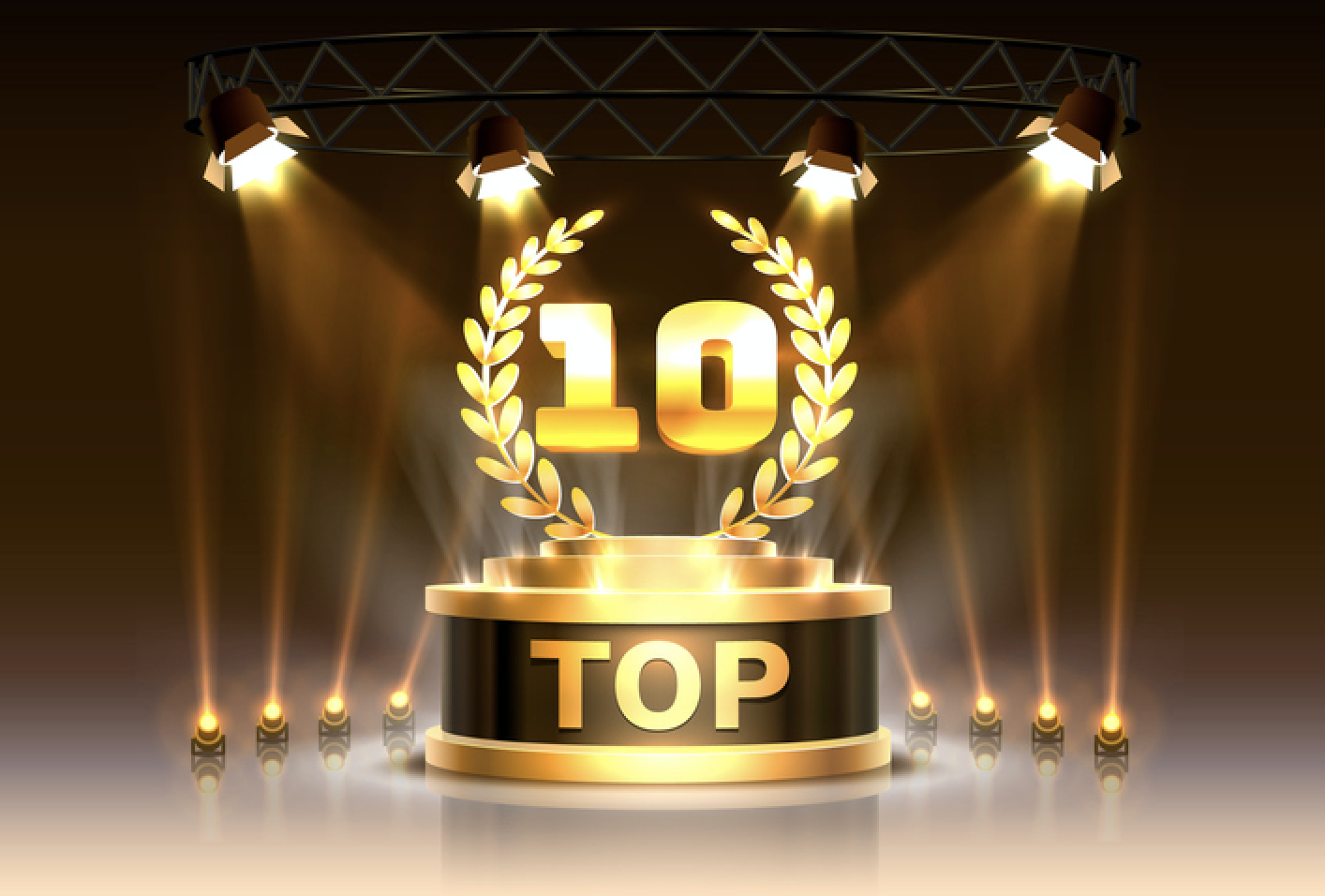 So the point of this was to do a very small comparison of whether lines that were predicted to do well by the advanced stat expected goals actually lived up to the hype.

When it comes to forward units that have played a minimum of 200 minutes of 5 on 5, these are the top 10 analytic darlings of the NHL, leading the league in expected goals:

From these 10 lines, you will see that 4 of them failed to meet the expected goal level when it came to actual goals. The worst was Florida's Lomberg/Luostarinen/Hornqvist, who were expected to get 63% of the goals scored, but ended up breaking even. Up next was the Boston Bruin line of Marchand/Bergeron/DeBrusk, who scored 8.6% less actual goals than expected. Pittsburgh's Guentzel/Crosby/Rodrigues trio was next, with 7% less actual goals. Finally, the Oilers' Hyman/McDavid/Puljujarvi barely missed the prediction, falling 1% short.

Of the remaining 6, the Maple Leafs' Bunting/Matthews/Marner were the only group to score exactly as forecasted. The other 5 all outperformed expectations, with Calgary's Mangiapare/Backlund/Coleman and Tkachuk/Lindholm/Gaudreau both scoring 7% more goals than expected. However, the real outperformers were Carolina's Niederreiter/Staal/Fast (12.8%) and Minnesota's Greenway/Eriksson Ek/Foligno (22.7%).

Let's move on to the NHL's top 10 in actual goals scored percentage (difference between goals for & against in a % form):

Should you decide to compare the two lists, you would notice that 4 of the line combos appear on both. Calgary has 2 of them (Mangiapare/Backlund/Coleman & Tkachuk/Lindholm/Gaudreau), with the Wild's Greenway/Eriksson Ek/Foligno and the Hurricanes' Niederreiter/Staal/Fast joining them.

Only the Islanders' trio of Bailey/Pageau/Palmieri went from a negative expected goal differential to a positive, ending up 36.2% better in actual goals. All the others outperformed their expected goal numbers, but the most impressive were the Wild's forward unit mentioned in the previous paragraph scoring 22.7% more than expected, Vancouver's Motte/Lammikko/Highmore (25.2%), and Boston's Frederic/Coyle/Smith (18.1%).

With the puck close to being dropped in the Manitoba Moose-Rockford IceHog game, I'm not really going to attempt any huge conclusions from this small sample size. Will save that for the following article when we look at the top 30 lines in terms of icetime, which will include Winnipeg's Svechnikov-Dubois-Connor (#28), plus Stastny-Scheifele-Wheeler (#37).

Most likely will write up the article looking at the NHL's top 30 lines in terms of icetime tomorrow. Not sure what I really expect from all this, but hopefully it will provide some idea of what type of line combinations work, especially when it comes to bottom 6 pairings. Probably will have to go deeper than the top 30, but it's a starting point.