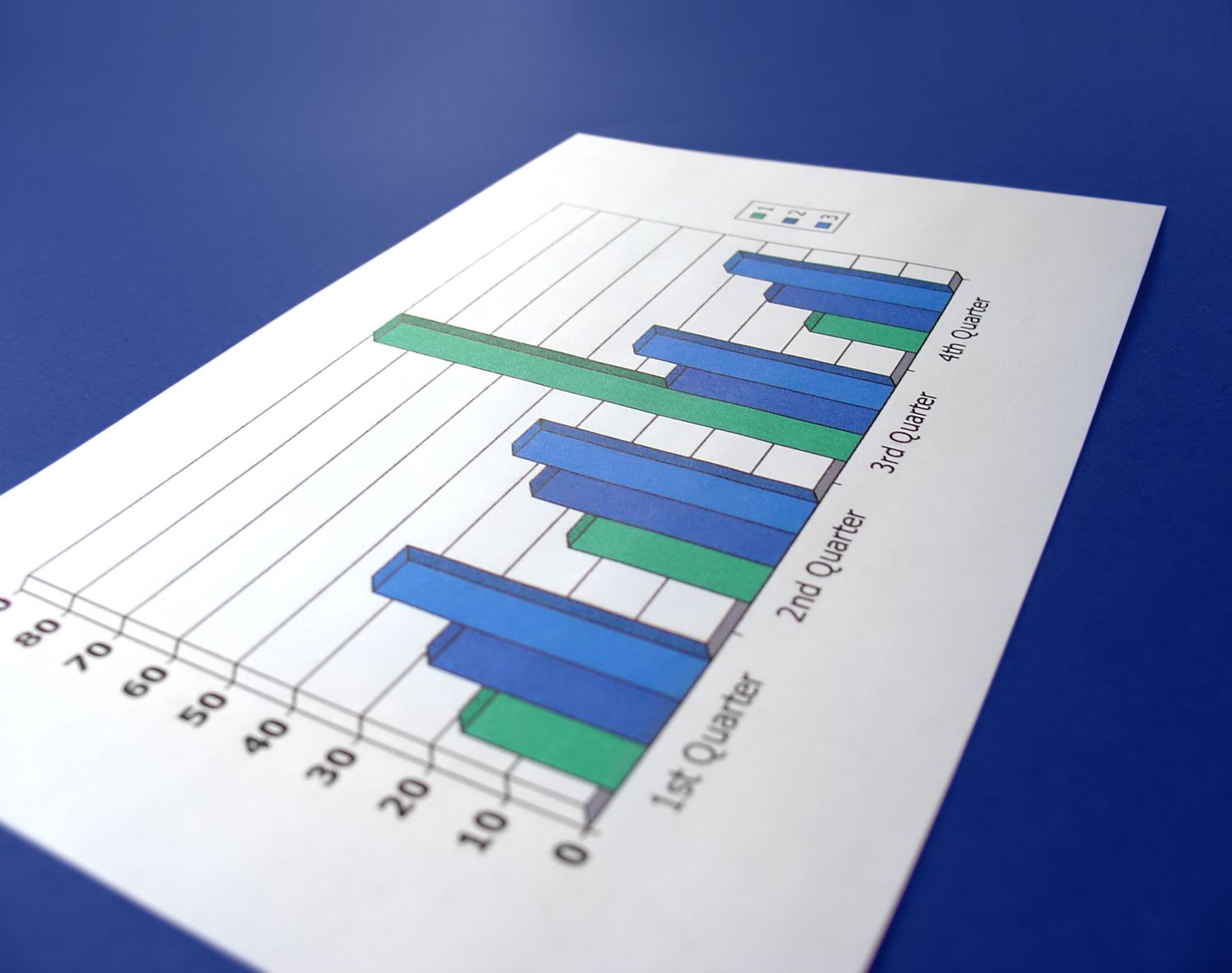 With 25% of the Winnipeg Jets regular season in the books, it's time to take a look at how this year's incarnation has done under new Head Coach Rick Bowness.

Besides adding a defensive-minded head coach in the off-season, GM Kevin Cheveldayoff also brought in Associate Coach Scott Arniel to improve the penalty killing, but didn't make any splashy Free Agent signings or clear up the logjam in the defensive core.

As a result of all that and last year's poor performance, the majority of the media predicted that Winnipeg would be on the outside of the playoff picture. Personally, I felt with improved systems, the Jets could finish as high as 5th in the Western Conference, but also wouldn't be surprised if they missed the post-season by a small margin.

It 's safe to say that Winnipeg has clearly outperformed expectations to start the season, despite things not entirely going their way. Injuries to forwards Nik Ehlers, Morgan Barron, and Mason Appleton have hurt the offensive potential of the Jets, but strong play from goalie Connor Hellebuyck and defenseman Josh Morrissey have helped the team overcome any pitfalls so far.

Hellebuyck has bounced back hard from a so-so 2021-22 season and is definitely in the early Vezina conversation, putting up impressive stats. With only a quarter of the season done, Helly has already accumulated 10.6 goals saved above average (4th best in NHL). To give some context for this, he finished with 24.2 goals saved above average when he won the Vezina Trophy in 2019-20. With two shutouts already, Hellebuyck is on pace for a career-high in that category. His .925% save percentage is also a career-best.

Morrissey was inspired by his new head coach to become more involved in the offense and he has certainly stepped up to the challenge. With a team-high 23 points in 20 games, Josh is on pace for a 94 point season. Josh has already tied his best season in terms of game winning goals (3) and has become a threat to score in overtime.

Ehlers had 3 assists in the first two games before sustaining his injury, that will end up costing him almost half of the regular season. His offense will be a huge boost when he gets back on the ice in the new year.

Appleton suffered an even longer term injury, just when he was on pace to put up a projected 35 pts (would have been his 2nd best NHL season). Thankfully the injury to Barron was shorter, as he has picked up 5 pts in 10 games and his offense will help boost the bottom 6.

Kudos to Bowness for getting all the players to buy into his systems and it has made Winnipeg into a team that is tough to score on. The effort seen on the ice this year from players like Mark Scheifele and Blake Wheeler is a dramatic improvement over last season.

The former captain Wheeler is only on pace for 66 points this year, but his current -1 rating is a huge improvement over the past few seasons (-15 & -17). With only 15 pts in 20 games, Scheifele is scoring at his lowest rate since the 2014-15 season. #55's stats have been hurt by Connor's slow start and the injury to Ehlers, so it would be reasonable to expect Mark to pick up the pace in the rest of the season. He is on pace for 44 goals, which would be a career-high.

Pierre-Luc Dubois (19 pts) and Cole Perfetti are both also looking for career-high point totals with solid starts to the year. PLD is wielding a career-high in face-off percentage (49.4%) and shooting percentage (16.7%), helping him to a projected 78 point season. Perfetti played in 18 games last year netting 7 points, so he has slightly upped his output this year on the scoresheet with 11 in 20. The youngster is also a solid +4 in the takeaway/giveaway category.

Kyle Connor got off to a slow start, but has since heated up and is now scoring at a point per game pace. His 11.1% shooting percentage is about 3 to 5 points lower than his past 3 seasons, so you have to expect Connor to light the lamp more frequently in the rest of the games.

The penalty killing units have seen significant improvement this season, thanks in part to the play of new Jets David Gustafsson and Saku Maenalanen. While the two haven't contributed much on the scoresheet (with 3 and 4 pts respectively), they are making an impact in other areas.

Big center Adam Lowry has also contributed on the PK, scoring 2 short-handers, and is on pace for a career season statistically (12 pts = 49 pts in full year). Lowry is on pace to challenge his career-high in percentage of defensive zone starts (22.6%) and is tied with PLD for the best face-off percentage on the team, but that is lower than his career norm.

Another player enjoying Bowness' system is defenseman Neal Pionk. The American had a career year when he joined Winnipeg in 2019-20, amassing 45 pts in 71 games. While he is scoring at a slower pace this year, he is currently projected for 45 pts in 82 games.

One of this year's unheralded free agency signings, Sam Gagner has shown the ability to bounce up and down the line up when injuries began to strike the Jets. His 25 point pace is slightly lower than he put up with Detroit (31) in similar playing time, but he has provided some timely offense (1 GWG).

The Manitoba Moose have provided Winnipeg with some surprising sources of offense, with both Mikey Eyssimont and Jansen Harkins netting 3 pts in 7 games. In a small sample size, Eyssimont has been impressive in some areas: 12 hits, 15 shots, penalty drawn, 2 shot blocks, 3 takeaways/no giveaways.

The rest of the previously unmentioned players have contributed in their own ways to a solid start for the Jets:

Brenden Dillon - 4 pts and nice mix of physical play and meanness. The fancy stats aren't great, but my eye test makes me feel like he is playing well.

Dylan DeMelo - 5 pts in 16 games puts him on pace for a career-best. Not doing great in the advanced stats at 5 on 5.

Nate Schmidt - A player who you would expect to do well in a system that encourages offense from the defense, but it hasn't happened with only 3 pts in 20 games. However, he is sporting near 50% in Corsi/Fenwick/Expected goals and his +3 rating is his best since his Vegas days.

Axel Jonsson-Fjallby - A waiver claim from the Capitals, he has shown great speed and effectiveness on the forecheck, but so far the offense hasn't come (2 pts in 18). AJF has put up 34 pts in 44 games in the AHL last year, so it's possible the goals will come.

Dylan Samberg and Logan Stanley - have played their parts in well-performing PK units.

Having past the American Thanksgiving mark in a playoff spot, the Jets have a historically 76% chance of qualifying for the post-season so they are sitting in a good place. If the team can get enough secondary scoring until Ehlers is back to full health, then continued commitment to the defensive structure in combination with strong play by Hellebuyck and David Rittich could leave Winnipeg in a nice spot as the playoffs near.

Winnipeg still have issues to work on, including being outshot at 5 on 5 and consistently losing the face-off battle. Despite this , the Jets are close to being a 50% team in terms of expected goals (49% at 5 on 5 and 51% in all situations).

Do you think the Winnipeg Jets can keep their early success going throughout the season? Would you be looking to add forward depth now or should the team hold on until it's closer to the trading deadline?

Feel free to share your thoughts on anything in the comments....