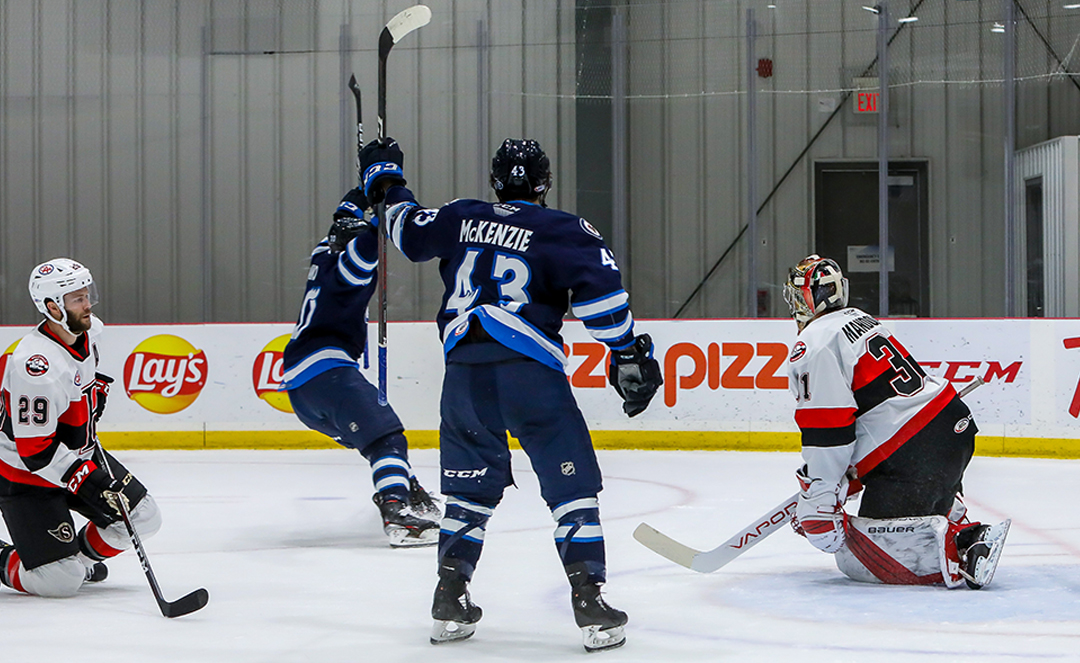 The Manitoba Moose started off what will be a busy December by winning the first of 12 games they have scheduled in the month. Despite playing poorly defensively in the opening period, the Moose improved their play in the final two frames and came out with a 3 to 1 win over the Belleville Senators. With a .658 winning percentage, Manitoba is currently sitting in 2nd place in the AHL's Central Division. They are chasing the division's top team, the Chicago Wolves, who are sporting a .737 winning percentage.

Cole Perfetti took the lead in team scoring when he picked up an assist yesterday, giving him a total of 15 points (0.94 pts/game) coming into this game. Ville Heinola, David Gustafsson, and Austin Poganski are following close behind with 14. After a slow start to his season, Austin Poganski is now one of the hottest Moose players, finding himself on a 7 game point streak (with 3 G, 9 A, 12 Pts in that span) to climb up the team's point leader list.

Coach Morrison will only make two line-up changes for today's game, with Todd Burgess replacing Nicholas Jones on the 3rd line and Arvid Holm starting in place of Mikhail Berdin. Holm enters today's contest with a 3-1-1 record, a 2.56 GAA, and a .887 save %. With a win over Belleville, Manitoba could have a season-high 4 game winning streak.

The Belleville Senators will be looking to bounce back after losing a fairly close game to the Moose on Saturday. In his first start since being demoted from Ottawa, Matt Murray got the loss while turning aside 30 of 33 shots. The Senators are currently sitting in a tie for 5th in the AHL's North Division and will need to string together some wins if they want to move into a playoff position.