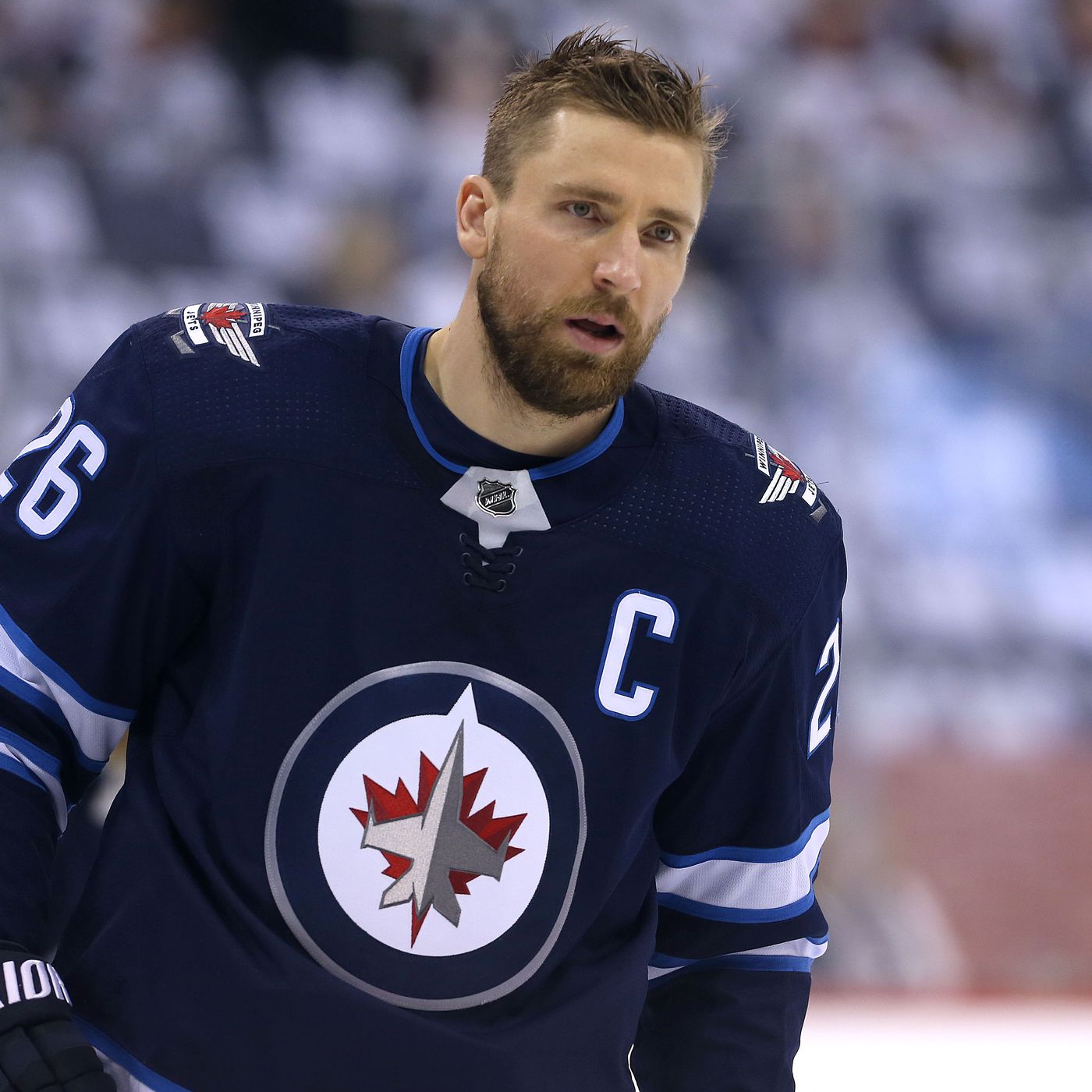 The Winnipeg Jets have found themselves at a crossroads when it comes to their long-time captain Blake Wheeler. Everyone, including the Jets management, knew when, at the age of 33, Wheeler signed a 5 year/$8.25M contract in 2019 that the final years could be problematic. However, they clearly weren't expecting the troubles to have started as early as they have. After a disappointing season last year, the start of this season hasn't gone any better for the 35 year-old winger.

Now, if you are a card-carrying member of the Blake Wheeler Fan Club, you might point out that he played through broken ribs which undoubtedly impacted his play in the earlier parts of last season. You would also note that he put up 46 points in 50 regular season games, while chipping in 5 more points in 8 playoff games. You certainly would indicate that testing positive for COVID early this season has impacted Wheeler's ability to reach his top-form to date. You might even add that his 13.3% shooting percentage last year made him a dangerous weapon. Sure, you'll agree he isn't currently worth the cap-hit, but you'll add that is the price of re-signing veteran players in the NHL.

However, there are many out there that put Wheeler right near the top of the list of people they blame for the Jets not taking the next step in their quest for the Cup. Only coach Paul Maurice draws more ire from the fan base than the captain. If you are one of these people, you would be ready to defend your stance with plenty of statistics from last year too. You might lead with the fact that teams averaged 4.1 goals for every 60 minutes of 5 on 5 play when Blake was on the ice, while the Jets only managed 3.1 goals. Or maybe you would tell us that the Jets opponents had 54% of shots on net when Wheeler was playing at even strength. You might even grudgingly admit that Wheeler did put up points last year, before quickly putting in that a third of them came on the powerplay. To close out your argument, you might even feel it necessary to note that Wheeler was -17 last year during the regular season and -4 during the playoffs.

Regardless of which side of the fence you are on, I don't think anyone can really argue with the fact that Father Time has caught up to #26 and he will never be the same player he once was. We won't get to see Wheeler flying in on the forecheck again, winning battles regularly along the boards, and doing other power forward things....at least not in his current role getting 18-20 minutes of ice-time per game.

So that brings us to that crossroads that I mentioned at the start of the article...what do the Jets do from here? Since Chevy and the other suits can't control whether Blake Wheeler decides to retire before the end of his contract, this article won't explore that avenue. That leaves me with 4 different scenarios that I can foresee as possibilities.

Status Quo or "The Maurice"

This option will see the Winnipeg Jets stubbornly maintain the course. They will keep rolling with Blake playing in the top 6/9 while being on the ice for 18+ minutes per game. This would result in Wheeler continuing to drag his linemates potential down by forcing them to play more defense than offense.

If you opt for this, you will still have Wheeler's salary hindering the signing/re-signing of other "better" players for the next 2 offseasons, a top 9 line that consistently gets outplayed, and you can expect the same disappointing results Winnipeg has been getting the past couple years.

A Change in Thinking or "New Coach Plan"

In my mind, there is currently only one line that gets the 5 on 5 minutes that Wheeler could be impactful at....the 4th line. His ice-time would of course be increased by powerplay opportunities, which would allow him to use his excellent passing to the Jets advantage. Hopefully the decreased time on ice and lower competition at 5 on 5 would allow Blake to play a style more similar to his better years.

This option doesn't do anything to lessen the impact of Wheeler's cap-hit, but possibly puts him in a position to succeed and have a positive impact on the ice for the remainder of his career.

Buy-out or "You Gotta Know When To Fold 'Em"

Part 1: Buy Out after this season

In this scenario, the Jets decide to buy-out the final 2 years of Wheelers contract this offseason (June 2022). That transaction would result in the $8.25M/year contract coming off Winnipeg's books for the 2022-23 season, however there would be a $4.209M cap penalty. So the Jets would gain $4.041M in cap space that season.

Part 2: Buy Out after next season

Let's say Chevy & the Jets decide to go with 1 of the top 2 options for this season and the next, then decide that they need to move on from Wheeler's contract. A buy-out in June of 2023 would result in the $8.25M coming off the accounts in 2023-24, but there would be a $2.75M cap penalty (a $5.5M savings). The following season would also include a cap penalty of $2.75M before Wheeler was no longer on the Jet's payroll.

Again, this option once more basically just makes you decide when the cap space would be most beneficial. If the Jets knew that the salary cap was going to increase by a significant amount for the 2024-25 season, then this path might become a lot more tempting.

Wheeler's No Movement Clause (NMC) expires at the end of this season, but he has a modified No Trade Clause (NTC) for the final 2 years of the deal that allows him to submit 5 teams he is willing to be traded to.

With the way NHL teams are currently up against the cap, I can't imagine it would be difficult for Wheeler to make it very hard for Winnipeg to trade him. Just off the top of my head, I can't see teams like Tampa Bay, Toronto, or Vegas being able to fit Wheeler under the cap in the near future.

Of course, players can waive their NTC if they want to, so a trade can't be considered impossible. Whether the Jets management/ownership would be willing to pull the trigger and trade their captain is another story.

Should they decide that this is the direction to take, it will all come down to what it would cost the Jets to get another team to agree to the trade. We all know that we lost Armia to Montreal to encourage them to take on Mason's salary...and that was a much smaller cap hit. So while I won't speculate as to what it would take, I am fairly certain it won't be cheap. We're talking the loss of prospects or high draft picks. On the plus side, it would remove the entire amount of Wheeler's salary from the books, unless Winnipeg was forced to retain salary to assist the transaction.

Personally, I believe that the Winnipeg Jets need to adopt the "New Coach Plan" for the rest of this season. I think Wheeler will improve his play as he gets closer to mid-season shape, but he just doesn't have it in him to continue to play big minutes against strong competition. If this is successful, you can ride it for as long as you can before exploring the buy-out/trade options. If it is unsuccessful, then serious consideration has to be given to taking the hit involved with buying out Wheeler's contract in the upcoming off-season.

If you were in charge, what would you do to optimize Wheeler's usage? Which of the above options appeal the most to you?