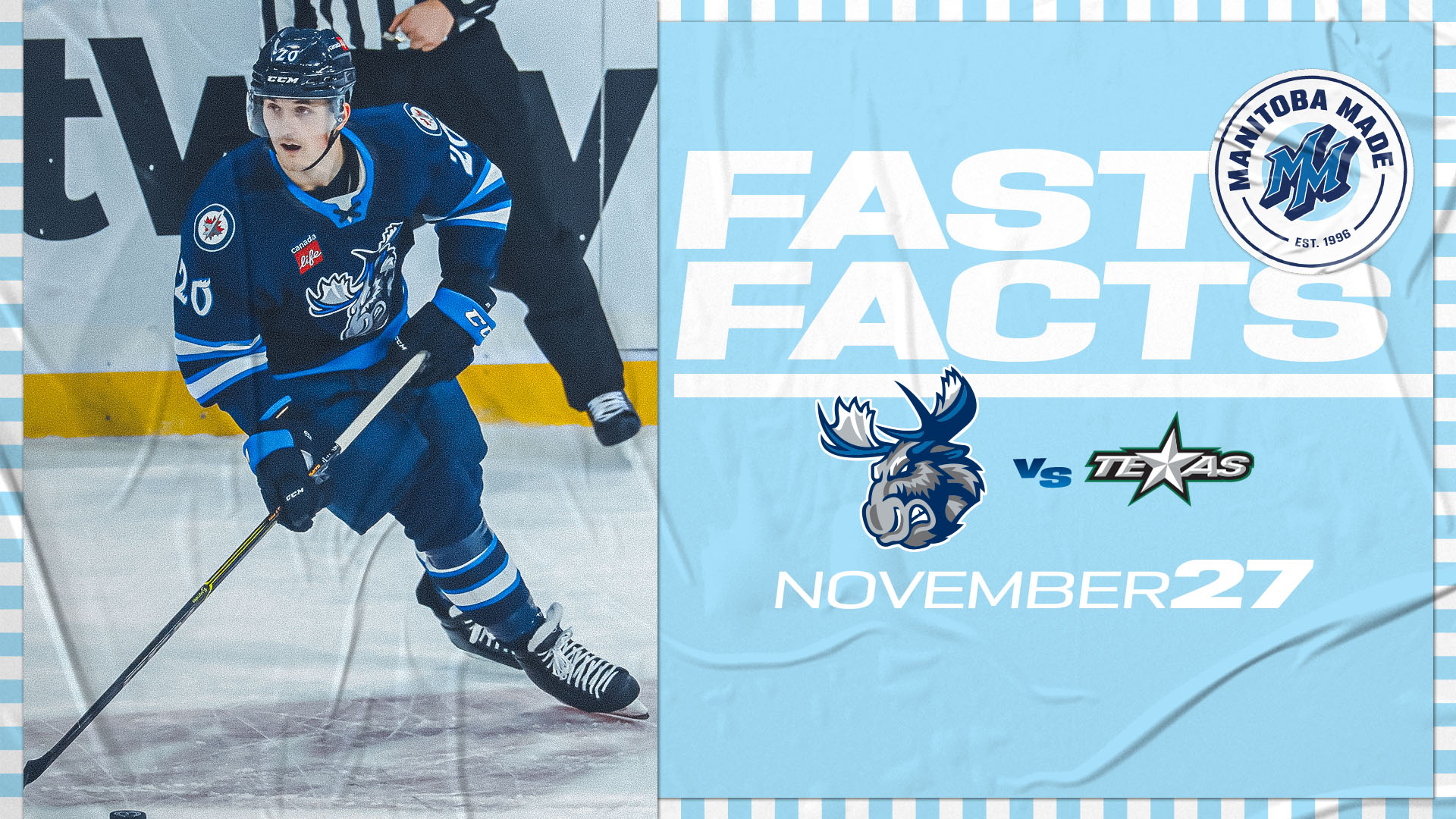 At a time when the Winnipeg Jets' prospects are looking bleak, it is always nice to be able to turn my focus to the Manitoba Moose. Fortunately for me, the Jets' AHL team is set to start a back-to-back set of home games against the Dallas Stars' farm team on Saturday afternoon. Hopefully the Moose can provide an example of how to play hockey the right way, before I am forced to watch the debaucle that will likely occur when the Winnipeg Jets face the Calgary Flames later tonight.

Manitoba currently sits in 3rd place in the AHL's Central Division, while Texas holds on to the 5th position. After this weekend's games, the Moose will have played a quarter (18) of their regular seasons games (72). Since the top 4 teams (by winning percentage) in each division qualify for the playoffs, the year has started off fairly well.

Coming into this match up, the Moose have the advantage over the Stars on the powerplay (20.3% to 15.6%) and penalty killing (87.5% to 84.6%). Coach Morrison has opted to go with a 11 forward/7 defenseman roster for this afternoon's tilt, with all 6 of the Jets defensive draft picks in the line-up.

David Gustafsson currently leads Manitoba in scoring with 13 pts, though Ville Heinola is right on his heels with 12 pts after a strong November (9 pts in 9 games). Cole Perfetti, Leon Gawanke, and Austin Poganski all have 10 pts to round out the Moose's top 5 point getters.

Both Mikhail Berdin and Arvid Holm have struggled to put up great goaltending numbers so far, thanks mainly to a steady diet of low quantity, but high quality shots against each game. The Russian netminder will get the start today, coming in with a 5-5 record, 2.72 GAA, a .887 save percentage, and two shut outs.

Manitoba has gone 5-2 at home this year, with Cole Perfetti playing strong (7 pts in 7 games). Another hot Moose player is Kristian Reichel, who has tallied 5 pts in the past 4 games, including a last minute game winning goal.

The Texas Stars have been playing better the past 4 games (2-0-1-1), with half of the games going to shoot-out before a victor was determined and the other half just needing overtime. The Stars have a mix of veteran players along with some younger prospects: