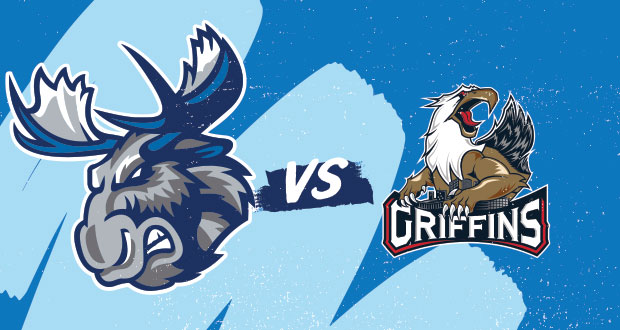 After winning a tight game versus Grand Rapids on Friday, the Manitoba Moose (2-2) faced off against the Griffins (1-2) once again on Sunday afternoon.

Rookie tender Arvid Holm was set to get his first AHL start in this one, while fellow rookie Simon Lundmark replaced the veteran Nelson Nogier on the 3rd defensive pairing.

The Moose controlled large parts of the game on Friday, but were consistently frustrated by Grand Rapids goalie Calvin Pickard. After being kept off the scoresheet in his AHL season debut (not due to lack of opportunities), Cole Perfetti was looking to get his first points in this game. David Gustafsson (4 pts) was leading Manitoba in scoring coming into this game, followed closely by Ville Heinola (3) and Mikey Eyssimont (3).