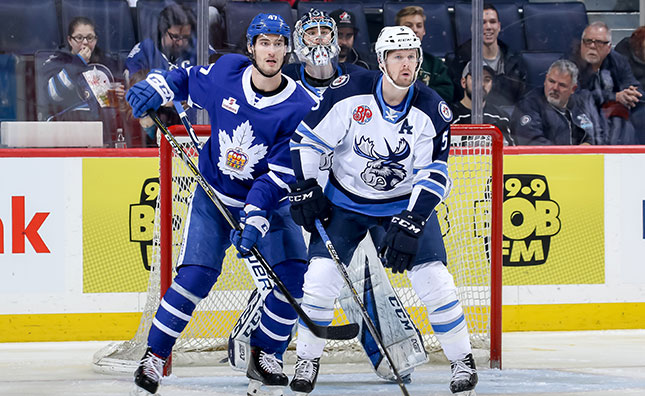 After dropping their season opener yesterday to the Toronto Marlies, the Manitoba Moose found themselves looking to split the 2 game series with a win on Sunday afternoon.

The Moose were clearly outplayed in the first game of the season and could not take advantage of PP opportunities (0 for 6) when they arose. The result was a 5 to 1 loss in the first game of new Head Coach Mark Morrison's tenure. Rookie defenseman Simon Lundmark played well in his debut game, getting 3 shots on net and not being on the ice for a goal against.

Manitoba looks to field the same lineup this afternoon, with Mikhail Berdin getting the start in back-to-back games. The Moose are going with 3 Assistant Captains (Jimmy Oligny, Cole Maier, & Johnny Kovacevic).

The Marlies will also start the same goalie (Kallgren) today, after he saved 34 of 35 shots against in the 1st matchup.