SEVEN FORWARDS BATTLING FOR A SPOT WITH THE WINNIPEG JETS 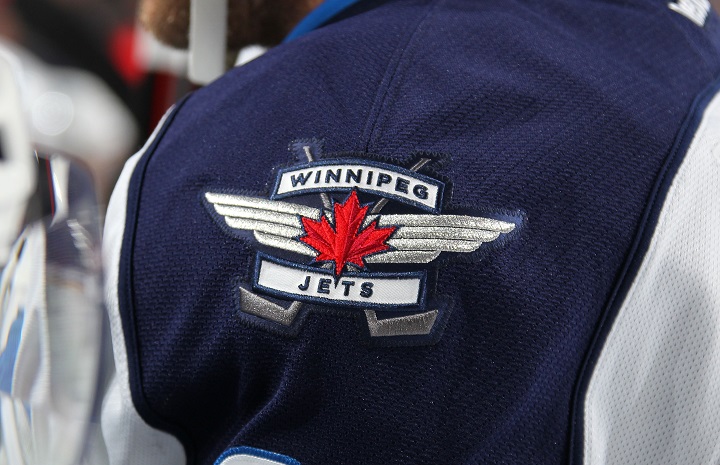 Pretty much anyone who looks at the Winnipeg Jets roster of forwards can see that there are 8 players who are guaranteed to be dressed on opening night of this year's regular season. Guys like Mark Scheifele, Blake Wheeler, Kyle Connor, Nic Ehlers, Pierre Luc Dubois, Paul Stastny, Andrew Copp, & Adam Lowry will fill 8 of the 9 spots in the Jets' top 3 forward lines without a doubt.

It's who is going to fill in the final 4 spots that has yet to be determined and deserves a closer look. To me, there are a group of 7 forwards that have varying degrees of chances at grabbing these spots, so I thought I would take a look into the careers of the challengers.

At 32 years old, Riley Nash is the eldest of the players battling for a roster spot with the Winnipeg Jets this pre-season. The 6'2" Canadian center/right winger was drafted in 2007 by the Edmonton Oilers in the 1st round (21st overall).

After spending 3 years with Cornwall University (NCAA), he made his professional hockey debut with the Carolina Checkers (AHL) in 2010-11. He put up 32 pts in 79 games in the regular season, while producing 4 pts in 16 playoff games.

The 2018-19 season saw Nash playing with the Columbus Blue Jackets, where his production dropped off dramatically (12 pts in 78 games), but he was able to put up 3 pts in 7 playoff games. The following season, he played in 64 regular season games (14 pts) and 10 playoff games (2 pts).

Last year, Riley started with the Blue Jackets (7 pts in 37 games), before being traded to the Toronto Maple Leafs at the deadline. He did not play in a regular season game with the Leafs, but did get into 2 playoff games (0 pts).

Riley Nash signed a 1 year deal with the Winnipeg Jets this season, paying him $750,000. Despite being a 1st round selection, he has never really been able to produce offensively throughout his career, barring the one year with Boston. He is however a strong defensive player, effective in the face-off circle, able to play on the PK, inexpensive, a NHL veteran (we all know Maurice loves his veterans), and a rare right handed shot in the bottom 6.

When I take everything into consideration, if Nash can stay healthy, I would expect him to be a regular on the 4th line this year.

The 6'2" 27 year old left-handed American center/left winger was drafted in the 5th round in 2012 by the Toronto Maple Leafs.

After 4 years with the University of Minnesota-Duluth (NCAA), he made his NHL debut with the Colorado Avalanche in the 2017-18 season. Toninato got into 37 games that season, only managing to pick up 2 assists. The next year, he only dressed for 2 games in the NHL, potting his first NHL goal.

In 2019-20, Toninato moved onto the Florida Panthers where he played in 46 games, putting up 4 goals and 7 assists. He also got his first taste on NHL playoff hockey, playing 3 games without a point.

Toninato signed with the Jets for the 2020-21 season, spending the majority of the season on the Taxi Squad. He played 3 games for the Manitoba Moose (AHL), netting 3 goals. He dressed for 2 regular season games with the Jets, notching 1 assist. In 3 playoff games, he picked up 1 goal (a game winner).

Currently signed for 2 years @ $750,000, Toninato provides a defensively responsible and inexpensive option for Paul Maurice when thinking about his 4th line or press-box players. The ability to play on the PK, along with rarely being a negative player (when looking at his historical plus-minus stats) are things going for him. Limited offensive upside is a downside.

Personally, I think Toninato has Maurice's trust when it comes to the defensive side of the game, but to be an every game player in the NHL, he has to find a way to help his line not only be defensively responsible, but create offensive chances when the opportunity arises.

At 24 years old, Jansen Harkins is a 6'1" center/left winger who was born in the USA (Ohio), but raised in Canada (BC). Son of a former NHLer Todd Harkins. He was drafted by the Winnipeg Jets in 2015 (2nd round, 47th overall) after a strong season with Prince George (WHL) putting up 79 pts in 70 games.

The 2017-18 season marked Harkins first full season as a professional hockey player. He started off in the ECHL with the Jacksonville IceMen, notching 2 goals and 4 assists in 6 games before being called up to the AHL. In 46 games with the Moose, he managed 2 goals and 11 assists.

The next season (2018-19) saw Harkins playing in 70 games with Manitoba while accumulating 31 points.

It was the 2019-20 season where he finally got his first shot at the NHL, but he started the season with the Manitoba Moose. That season saw Jansen put up 31 pts in 30 games in the AHL before being called up to the Winnipeg Jets. With the Jets, he was dressed for 29 regular season games (7 pts) and 3 playoff games (1 goal).

Last year, Harkins got off to a poor start with an injury in training camp and he had difficulties cracking the Jets lineup regularly. He managed to get into 26 regular season games (2 pts) and 1 playoff game (0 pts).

Positive attributes that Harkins has going for him include his offensive upside, speed, and ability to see the ice well as a set up man. At this point in his career, he has shown that he can produce at every level except the NHL, typically putting up more assists than goals. He is also an inexpensive option, on the final year of a contract paying him $725,000 per year, though Harkins will still be an RFA in the off-season.

To become a regular Jet, he has to earn Maurice's trust when it comes to the defensive side of the game (5 on 5 & PK) because it's a 4th line spot that he is fighting for. And he has to do that without losing that offensive spark that he has.