Who Would You Draft?

Would you draft an alpaca or a llama? Arctic Ice Hockey provides the scouting reports and YOU get to vote!

Share All sharing options for: Who Would You Draft?

Alpacas and llamas are cousins, they are somewhat alike. Which one would make a better hockey player though? Justin and I investigate, with some help from Garret. At the end, make your choice and vote on who the Winnipeg Jets should draft with the ninth overall pick. 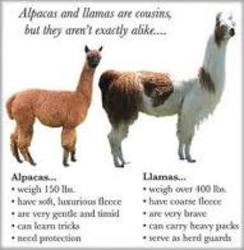 Andy Alpaca is a nimble, swift skating forward. He tends to shy away from traffic but has soft hands that he uses to make plays in the offensive zone. Andy's anticipation is what makes him unique. He is fearless defensively, jumping passing routes and stealing pucks with ease. The problem with this defensive strategy is he tends to puck chase too much. But he is so skilled and makes his teammates better. He drives possession and is highly coachable.

Alpaca is a good teammate who is described as having a lot of character by his coaches. One of his coaches favourite stories about Alpaca is how he came to practice without a coat when it was -40 outside. When Alpaca was questioned about his lack of coat, he admitted that he had given up his coat to a child who was freezing in a thin wind break. That’s Andy though, willing to help someone out without the expectation of recognition. 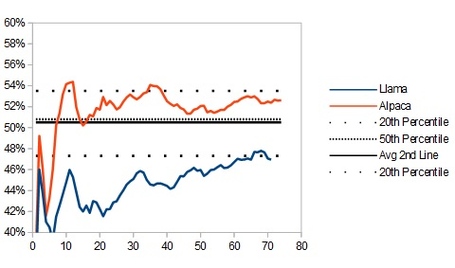 I'm not sure what that chart says above. All I know is that there is no line for heart or truculence. When the games matter Lloyd is going to get in the tough areas, get greasy goals and come through in winning time. He has no problem jumping in and defending teammates and will sacrifice his body to block shots. Some say he has poor decision making, and struggles with his skating. But the skill of his opposition won't matter when they're laying on their back.

At the end of the day, Lloyd is going to get the job done. Aloof the Alpaca might look good in drills and on spreadsheets, but the game is won in the trenches and that's where Lloyd lives. 400 pounds of heart.

Who would you pick? Slick and skilled Andy Alpaca or big and brutish Lloyd Llama. Vote and help decide who is the better hockey player.