In the context of the Winnipeg Jets Olli Jokinen is a very interesting player. His usage is another interesting tale all to itself. Jokinen has historically struggled with two way hockey. For years he was a scorer and a powerplay specialist. That wasn't really the case this year.

Eighty two games. Olli was one of only four Jets that played the full compliment of games this season. Forty three points is a huge improvement over a year ago. Jokinen saw ice time on merit this year. The penalty differential differential is kind of yucky - second worst on the team.

Fourteenth out of fifteen? Jokinen - who throughout his career has previously been used primarily as an offensive / powerplay specialist - was given some of the hardest zone starts on the team. That is a little bit weird. Joker was consistently used on PP2 and towards the end of the season he was given some PK time. Is he suited to be a third line centre? 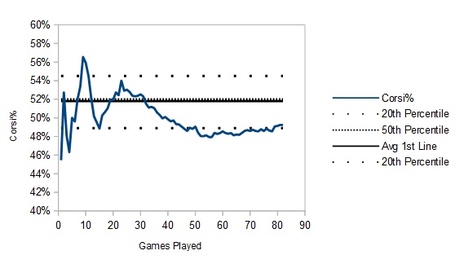 Jokinen logged a good share of the Winnipeg Jets five on five ice time and truth be told his possession numbers weren't terrible. A Corsi percentage of 49.2% isn't bad given his defensive zone deployment and the dCorsi shot creation numbers landed in the plus. It is important to note that the above chart treats Jokinen like a first liner due to some odd usage by Jets' coaches. The fourth line got next to no ice, so the top nine had to pick up the slack.

The numbers say, Joker was a sub par top six forward (as should be expected) and a simply average third liner. Given his salary, this average can be problematic.

This is a tough one. Jokinen isn't hurting the team as a third line forward, but he doesn't offer much upside either. Will he return to the team for cheap? Would his return block the progress of a prospect? Best guess says the Joker and the team part ways, but it is worth noting that he is one of the few Jets who has stuck around through the offseason. Perhaps he likes it here. 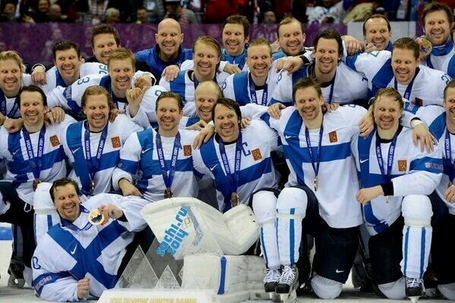