The Jets were able to come away with the win Saturday afternoon over the Predators despite being out-shot 40-20.

The Winnipeg Jets were able to come away with a big divisional win over the Nashville Predators and overcome the obstacle of the weekend matinee game that has given them so much trouble this season.

The schedule says the game started at 2:00 pm CT, the puck drop happened shortly after that time but for some reason nobody informed the Jets. Nashville came out as the more aggressive team as the Jets looked stagnant and lethargic. Midway through the first the Preds were out-shooting the Jets 10-0. It doesn't matter if you're a fan of advanced stats or the eye test, you aren't going to win games if you come out looking like that.

While they were able to battle back in the shots department the effort just was not there for the remainder of the first period. As a result of their sluggish performance the team found themselves taking lazy penalties, including two from Tobias Enstrom.

Just when all looked lost the Winnipeg Jets were able to find their new hope, and it came forward in the form of Olli Wan: 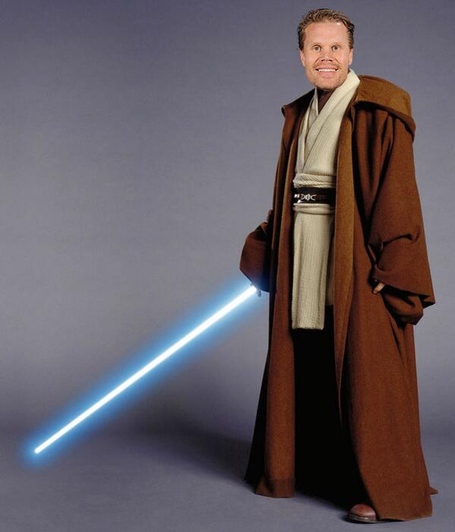 Jokinen broke his goalless drought with the assists going to Evander Kane and Jacob Trouba. The Jets looked to be much more determined in the second period and played seemed to finally hit their stride. Thirteen minutes after Olli broke the ice the Jets were able to add some insurance with the all-facial stubble goal of Andrew Ladd with the assists going to Zach Bogosian and Michael Frolik.

The Predators were able to cut the Jets lead in half when Michael Del Zotto got his first goal as a Pred with the assist going to Mr. Underwood (Mike Fisher, not Frank). The Predators outplayed the Jets for the majority of the afternoon but the Jets were able to capitalize on their opportunities and seal the deal with just over three minutes remaining when Devin Setoguchi put home his eleventh of the season (assists to Blake Wheeler and STUUUU!)

Games like this happen where you just don't have it, especially in afternoon games. The fact that the Jets were still able to find a way to win is impressive. Enjoy you weekend folks. The Jets next play Tuesday when they take on the Islanders back home at the MTS Centre.
Be sure to keep checking in with us at AIH as we will have full coverage of next weeks trade deadline.
Celebrate the win! Enjoy the weekend and as always, go Jets go!