Losing can be hard on anyone. On a professional athlete who is programmed to win and to be the best it can be even more taxing. It is looking like the losses are starting to affect the Jets psyche.

Share All sharing options for: The emotional cost of losing is taking its toll on the Winnipeg Jets

Last spring, Nick Costsonika wrote a piece on the Montreal Canadiens and the re-birth from a horrid season the year before. It was interesting to note how Max Pacioretty, their leading scorer, felt about playing in Montreal for their 2011-12 season.

"Last year, it was almost like you weren't playing in Montreal. It was like you were playing somewhere else.. I tried to stay away from the city as much as possible."

That sounds like a horrible way to live, and I worry that the emotional cost of losing is beginning to suffocate Winnipeg Jets' players as we speak.

These guys care about winning. They have to. It is their job to win hockey games. -

Comments made by Claude Noel, Mark Stuart, and Mark Scheifele after Tuesday's game against the Tampa Bay Lightning indicated that something is awry. Noel has no answers and the players are frustrated and confused. I will acknowledge that the Jets have some bad players on their roster but with the current line-up they could be placing players in better positions to succeed. But there seems to be more there than just frustration: the players seem to want more guidance.

Imagine for a moment that you are Andrew Ladd. You were traded from Chicago to Atlanta after winning the Stanley Cup in 2010. You then move with the team to Winnipeg as their captain and you believe this is long term fit. You signed a big contract and now, just over two years later, you feel like your team is going nowhere fast.

It is hard to deal with failure at any level. Deal with it too much and you start to accept it because it is all you know. Even if you come from a winning organization, at some point the culture becomes part of you and you cannot fight the complacency that sets in after so much losing.

All the losing weighs on you.

How hard is it? I don't know and neither does anyone else on this site; but professional athletes have egos and are programmed to believe that they are the best. To be told through losing that this belief is not reality must be hard. I know that they are paid good money to play a child's game but they are human and you can tell that it is wearing on them. They talk about the fans; Ondrej Pavelec apologized for the game last night because he felt so bad about the teams performance.

These guys care about winning. They have to. It is their job to win hockey games. 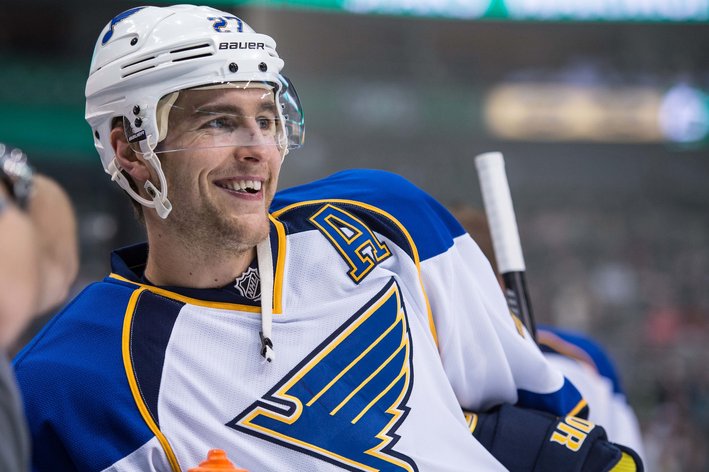 The St. Louis Blues have been running roughshod over the NHL for two weeks now. They've been so good that they even unseated the unbeatable Anaheim Ducks.

The players want guidance. They sound like they want to be coached. They think that this situation is fixable, if someone changes the system that they are playing. I don't know if Noel is capable of making said changes because we know very little about him as a NHL coach. Capable coaches are available if the team wants to make an in season change. I do not think that the veteran players will take too kindly to another coach hired out of the AHL and you do have to appease them. They're all you've got.

Players who want to be coached are not uncoachable, they may be lost to the current coach but there is hope for them because they look and sound desperate to turn everything around but they can't do it alone and it is killing them. The rookies want to do well, but they were not put in positions to succeed right away. It wasn't until Evander Kane came back that Mark Scheifele was awarded two good line-mates.

The players may even look at General Manager Kevin Cheveldayoff and wonder if he is trying to bring in help. They need it and they must know that they need it. The team is littered with waiver wire pick-ups but an in-season trade for NHL caliber players has never happened under Chevy. (I am not including Eric Tangradi because, lets face it, he's a replacement level player). Even if Chevy makes a move for a younger player, it would be something to let them know what direction this team will take moving forward.

A cry out for leadership beyond the room happened after the Tampa Bay loss. The room is not toxic according to numerous media members who go in there regularly to interview players. That is a good thing because a toxic room has to be cleaned with biohazard suits. If the room is a good room without any rifts than the cleanup is based on finding more talent, regardless of character because the room can handle more talent as long as that talent cares.

The players want to win and that is obvious. After efforts like the ones against Tampa Bay fans deserve to boo. But the players deserve some credit because they are hurting emotionally from these losses. They are asking for help because they know they cannot do it alone and they the players along with us the fans deserve better because effort can only do so much and sometimes that isn't enough.