There have been darn near one billion takes on the woes of the Winnipeg Jets and the issues with their system under coach Claude Noel. Let's riff on that a little.

Share All sharing options for: Claude Noel's system - or lack thereof - will be the black mark of his NHL career

Let's start off by saying Claude Noel seems like a great guy and by no means does the author want to see him fired. Cheering for a firing isn't cool. The point of this article is to talk about why a coaching change may be of benefit to your beloved Winnipeg Jets.

This won't be a story about player deployment or systems. EDIT: Ok, maybe it will be. While those may be contributing factors to the Jets' woes, they aren't really relevant to the next step and and at this point the next step is all that matters.

There has been a lot of talk and a lot of debate about whether or not Claude Noel has lost his team. Ultimately, nobody outside the locker room has a clue. One thing we do have to realize though is that losing the room isn't necessarily about upheaval or rebellion. It is entirely possible that the Jets' players still like Claude Noel as a person and as a coach and still see now as a time for change.

Over the last few weeks we have heard both the coach and the players express their frustrations. Much like the fans, they are frustrated by repetition. The issues are largely the same now as they were two years ago - as are the post-game interviews.

"Everything would be better if we just played the right way."

We have heard this ad nauseam from both the coach and the players. Noel doesn't appear to have an answer and that appears to have extended to the players. Frankly they all seem lost and the have vocalized the fact that they are at a loss of words.

Does that equate to losing the room?

You can lose a trade, but you can't really lose a firing. -

Losing the room isn't necessarily a conscious thing. It doesn't have to be about a coach versus his players. It can be as simple as hitting an emotional wall. From the outside, it appears that the players - even supposed great leaders like Mark Stuart - are begging for change and it is becoming apparent that this won't come internally.

If the players believe that they won't succeed as currently constructed - it appears this is the case - then change is needed. Does that have to be a change in coaching? No, but a coaching change is always the easiest move.

Obviously this is easier said than done and that is pretty well the whole argument against it. Trades are complicated, especially right now. Trades for the sake of making trades are a horrible idea. Trades from a place of desperation are a horrible idea. Trades should not be made unless the GM believes he will win the deal - and the other GM will be doing the same thing.

In the NHL a General Manager's job is is to collect assets for his team. More pluses and fewer minuses equals more wins. Unfortunately for Claude Noel, coaches are essentially non-assets. They cost a team money, but they don't cost a team draft picks or players (save for the rarest of circumstances). Of course there are some high-end exceptions, but for the most part coaches are very replaceable - top end players are not.

You can lose a trade, but you can't really lose a firing.

And there in lies the rub for Claude Noel.

This situation may not be his fault. He didn't choose the players. Perhaps he was dealt a bad hand. That doesn't matter anymore. Ultimately while he may not be a bad coach, there is very little to suggests he is a difference maker at this point either.

So… what happens next?

At this point, all signs point to a shakeup and a coaching change is the most logical next step.

Of course there are caveats in play - as there are in any theoretical discussion.

Perhaps Noel is Chevy's guy. Perhaps Kevin Cheveldayoff values Noel beyond any or at least some of his core guys. If this is the case, perhaps Noel is saved - although his 1 year extension probably points away from this.

Another possibility is that Chevy - along with Noel - has identified another internal issue that needs addressing before coaching. If that is the case, a different kind of move could be in order. What kind of move is anybody's guess. Nobody on the outside really knows, but trades are really complicated.

What we do know is that things aren't working. Whether this is because the players can't perform or won't perform, something needs to change. Noel and the players are all searching for answers and these answers don't appear to be available in house.

And unfortunately for Claude Noel, the axe usually falls one the head coach in these situations.

If a coaching move fixes things, great! If it doesn't, what is really lost?

Dejan Kovacevic has stirred up a ton of debate on the Winnipeg Jets systems, or rather, the lack thereof. While it is asinine to believe there isn't a system in play it is completely possible that it wasn't discernible by members of the Pittsburgh Penguins. Why does this happen? There are plenty of possible causes, but the causes don't matter any more.

Much like the big picture stuff mentioned above, the system issues are there and they are plainly visible and they don't appear to be going away. And once again the issues can be sorted into two categories. Let's call them "can't" and "won't."

Surely some of those theories are silly, but again the "why" doesn't really matter.

What matters is that things aren't working and we are more than half way through season three. Do the Jets have system issues? Perhaps. Or perhaps they simply aren't talented enough to perform the systems with consistency.

We see the system work from time to time

Of course you do! This is true about every team, even disasters like the Buffalo Sabres! Two teams attempt to control the play in every game. Better teams impose their will more often, bottom feeders impose their will inconsistently. This is a function of both talent and ability.

Noel on the hot seat? 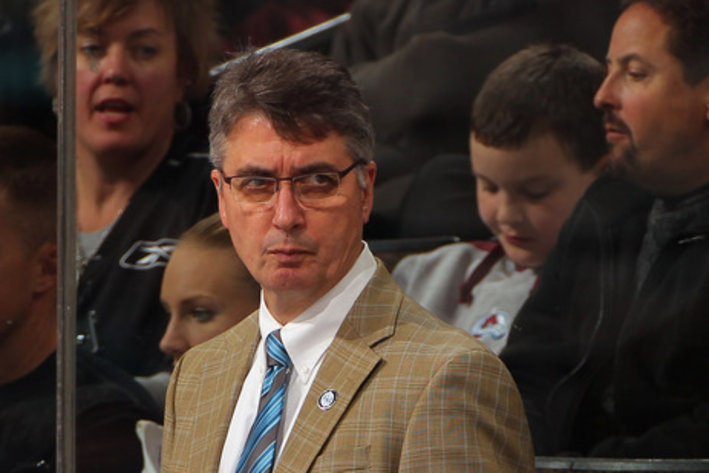 The Winnipeg Jets aren't taking steps in the right direction in the eyes of their coach. That can't be good news for the coach.

Fans and media alike became temperamental toward Dejan and pointed fingers back. "Where was the Penguins' system in that game?" they asked, not realizing they were answering their own question.

If the Pittsburgh Penguins system can appear to vanish versus Winnipeg (and Vancouver the following game) it should be expected that a bottom feeder will experience this more often. The difference is that even when the system was abandoned, the Penguins roster was talented enough to earn victories in both those games. Winnipeg depth does not afford them such luxuries.

Much like game to game consistency is a function of talent, variance from shift to shift and period to period is created by the same things. Better players are better. Better teams are better. Highs and lows measure nothing. The ability to consistently do things right is the measure of a good team.

Do the Winnipeg Jets have system issues?

What do you think about systems and the possibility of a coaching change.

After failing to meet expectations, the Winnipeg Jets have replaced Claude Noel with Paul Maurice as their head coach