A coach with a bevy of NHL coaching experience, Maurice brought in by Winnipeg Jets to right the ship

The first guillotine has finally dropped by TNSE as the last couple of months have been a very difficult for the Winnipeg Jets.  Since November 17th, they have posted a pedestrian record of  9-14-3 and are in the midst of a season-worst five ame losing streak.

For that, Claude Noel has finally paid the price.

Coach Noel was fired this morning after guiding the Jets to the basement of the Central Division. Assistant coach Perry Pearn was also relieved of his duties.

The Jets, to their credit, went outside of the organization to hire Noel’s replacement.  Paul Maurice, 46, has been brought in to right the ship as was announced moments after the announcement came of Noel's departure. Maurice was last in the NHL in 2012 with the Carolina Hurricanes. He spent his 2012-13 season with Mellalurg Magnitogorsk of the KHL, leading them to a 27-13-12 finish.

His NHL head coaching career began with the Hartford Whalers in 1996-97 as a then 30 year old.  He moved with the team to Carolina and coached there until 03-04.  Over that span he did see tangible success, as he made the playoffs 3 out of 8 seasons and made it to the Stanley Cup Finals in 2002.

After being let go by the Hurricanes, he was hired by the Toronto Maple Leafs and coached there for two seasons, missing the playoffs both times.  He then was brought back a second time by the Hurricanes as a mid-season replacement before being replaced by Kirk Muller. 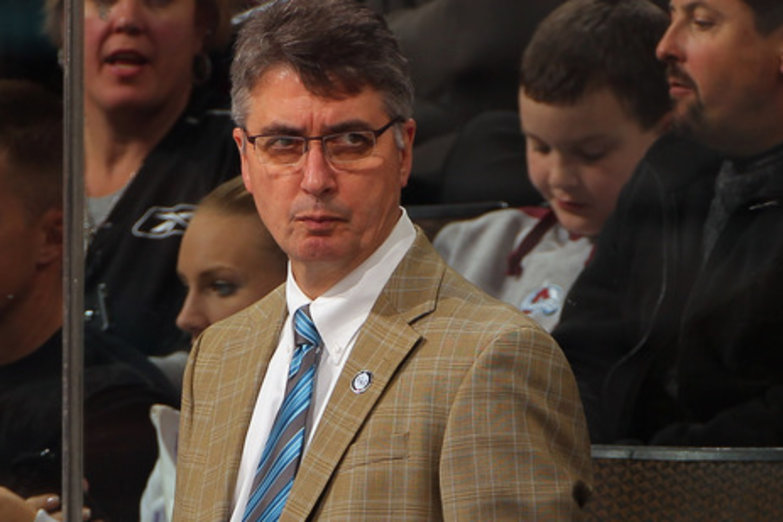 Complete coverage on the Winnipeg Jets' decision to fire Claude Noel, replacing him with Paul Maurice

All in all, the Jets are bringing in a head coach with a penchant for coaching bad teams to respectable records. He will be entering familiar territory, now  taking over bad Winnipeg team and trying to right the ship.  It may be too late to salvage this season, but he will be given time to put his coaching stamp on this roster moving into the 2014-15 campaign.

Maurice is known for being a strong defensive tactician and, given the amount of pucks have gone into the Jets net over the last three years, will be a welcomed change to Noel's previous system.

More importantly, he is also known as a coach that demands a lot from his players. He coached both Eric Staal and Jeff Skinner in their rookie seasons, with the latter being awarded a Calder Memorial Trophy under Maurice's tutelage.

The Jets are a young team. They have great young rookies on the squad in Jacob Trouba and Mark Scheifele who will need to continue to grown into bigger roles should this roster want to take the next step forward. They also have players like Adam Lowry, J.C. Lipon, Brendan Kichton, Nicolas Petan, and Joshua Morrissey waiting in the wings.  Maurice will look to shape those careers like he helped to shape those of Staal and Skinner.

The other question that Noel's raises is the affect it will have on current Jets' players and properties. It has been reported in the past that players like Evander Kane, Dustin Byfuglien and Alexander Burmistrov have butted heads with Noel in past instances. It will also remain to be seen whether Maurice keeps Byfuglien at forward or if he moves him back to the blue-line, where he feels more comfortable. Noel's firing may also inspire Burmistrov to possibly re-join the Winnipeg Jets for the beginning of training camp this summer. It has been rumoured that he has an NHL "out clause" in his contract following this season in the KHL.

The Jets have made a move to right the ship.  Whether or not this was the right move remains to be seen but it’s a start. Only time will tell.

After failing to meet expectations, the Winnipeg Jets have replaced Claude Noel with Paul Maurice as their head coach