Now that the preseason has concluded, it's time to begin our exhaustive season preview. Here are the three biggest questions facing the Winnipeg Jets.

Oh, hi there, gentle reader. It's been awhile; I hardly recognized you. You look great! Have you been working out this summer? Boy, the catching up we need to do. In any event, you, like me, are slowly entrenching yourself back into the murky underbelly of the NHL. You know, that league where it's illegal to take off your helmet and fight, but nowhere in the rulebook does it state that you can't take off your opponents hard hat while he simultaneously removes yours before erratically chucking knuckles. Yeah, that league. The same one that is presently employing the hybrid icing rule which still offers no safer an alternative to touch icing, but hey, it speeds the game up some fifty seconds of real time! You'll waste those precious seconds elsewhere, but the NHL is being considerate of your fandom for the first time since, well, ever.

But never mind that. You're here to catch up on the Winnipeg Jets, a team who despite playing its third consecutive season in the keystone province is still experiencing a series of firsts. Much like a teenager finally hitting puberty, the Jets are a team facing a challenging series changes of their own. 2013-14 marks the team's inaugural season in the NHL's Western Conference, one that fans hope will be filled with grandeur and opulence.

It should be noted that those aforementioned undertones of grandeur carry with them great responsibility. These responsibilities are more-so just a list of simple tasks, areas in which the Jets will have to improve upon in order to take the next step in their (re)building process. Areas like producing secondary scoring, employing passable goaltending and forming special teams units that don't make women faint and children recoil in terror will be the difference between being a contender or a pretender and the jury is still out on whether this team has what it takes to better in any one of these areas, let alone all three.

How good will this team be? Well, let's answer some questions.

Will Noel be the tactician that the Winnipeg Jets need to get into the playoffs? 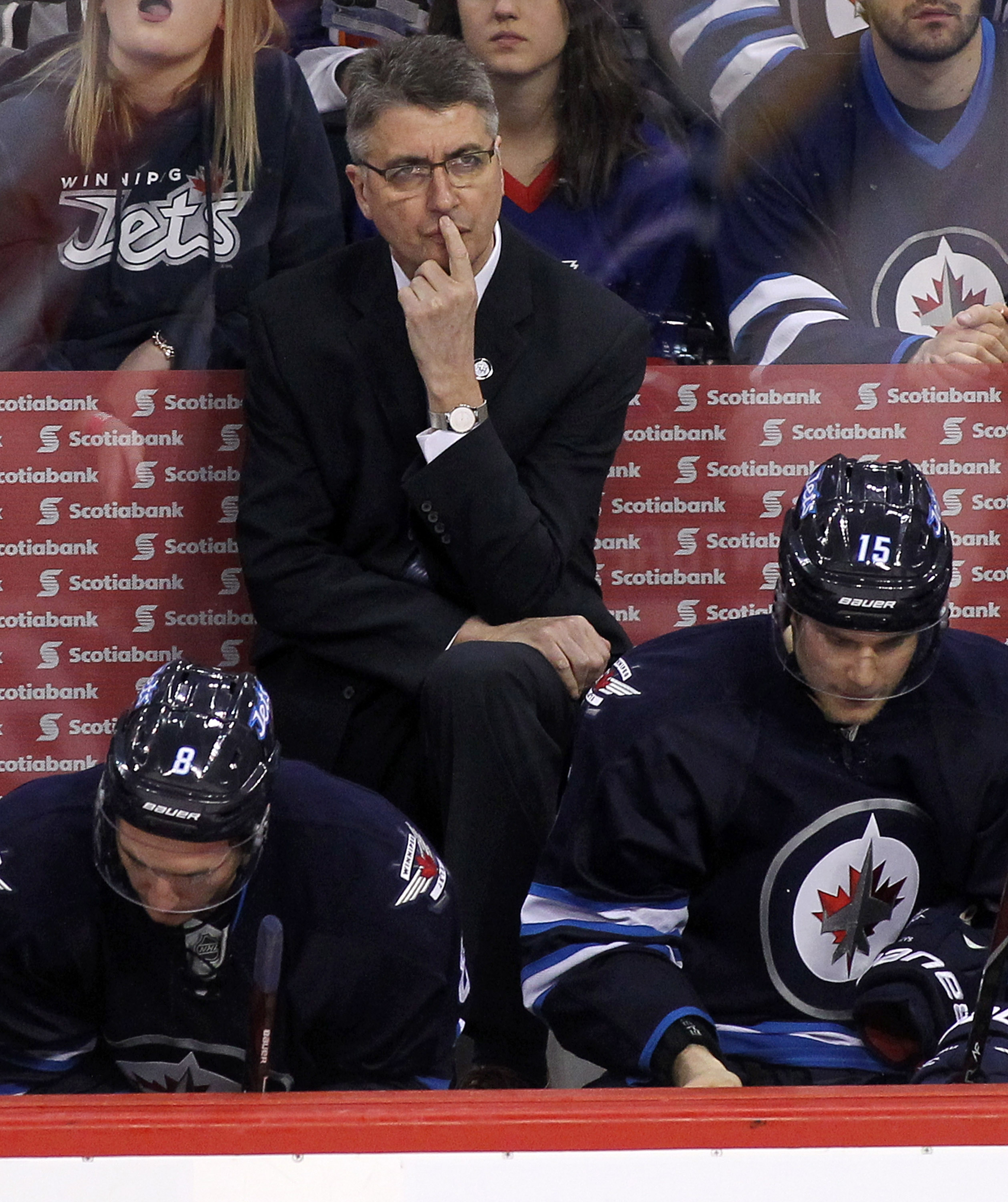 It's been the best of times and the worst of times for Jets' fans with Claude Noel as their bench boss. The team has played the part of underdog world-beaters to a tee. On the other hand, they've lost 6-1 blowouts to the Florida Panthers. If there has been one constant during the Claude Noel era, it's to expect inconsistency. As previously mentioned, you take the good with the bad. The insurgence of Andrew Ladd, Bryan Little and Blake Wheeler has been lauded as some of Claude's finest work. And then he goes and spoils it all by using Antti Miettinen and James Wright on the second line. Grit! Tenacity! Woeful player management! Yes, Claude surely has all his bases covered. Noel's system often times will overlook values like skill and creativity, replacing them with players that will play a north/south dump-and-chase game; a style akin to watching two 80-year olds bare-knuckle box in a park on a Saturday afternoon. It lacks excitement, but it's the only game in town!

Despite certain short-comings -- be they perceived or very real -- one thing is for sure: in each of the past two seasons, coach Noel has taken a bland, dry, flakey pie-crust of a roster and brought it within striking distance of a playoff berth.

"You, jest!", you'll decree. "They made their bones in the South(L)east Division!". While you are correct in that they smoked their southern competition to the tune of a 24-14-4 since 2011-12, their new new perch in the Central Division doesn't appear as the colossal Mount Everest it's being made out to be. Winnipeg will frequently take to the ice against opponents like the Dallas Stars, Colorado Avalanche and the Nashville Predators, a trio of not-quite-praiseworthy teams if there ever were one.

If the Jets are able to avoid another sub-par opening to the season, Claude will be in good position to harness his roster down the backstretch of the metaphorical NHL race track, jockeying his way in and out of the playoff bubble through the final turn. But seriously, he can ill-afford a slow start though as rumours of his demise aren't far from becoming a reality. Though his logic is at times flawed and he doesn't always get the most out of his players, he manages to keep his team in contention. That's saying something.

Does Mark Scheifele have what it takes to evolve into one of the premier rookies of this year’s class? 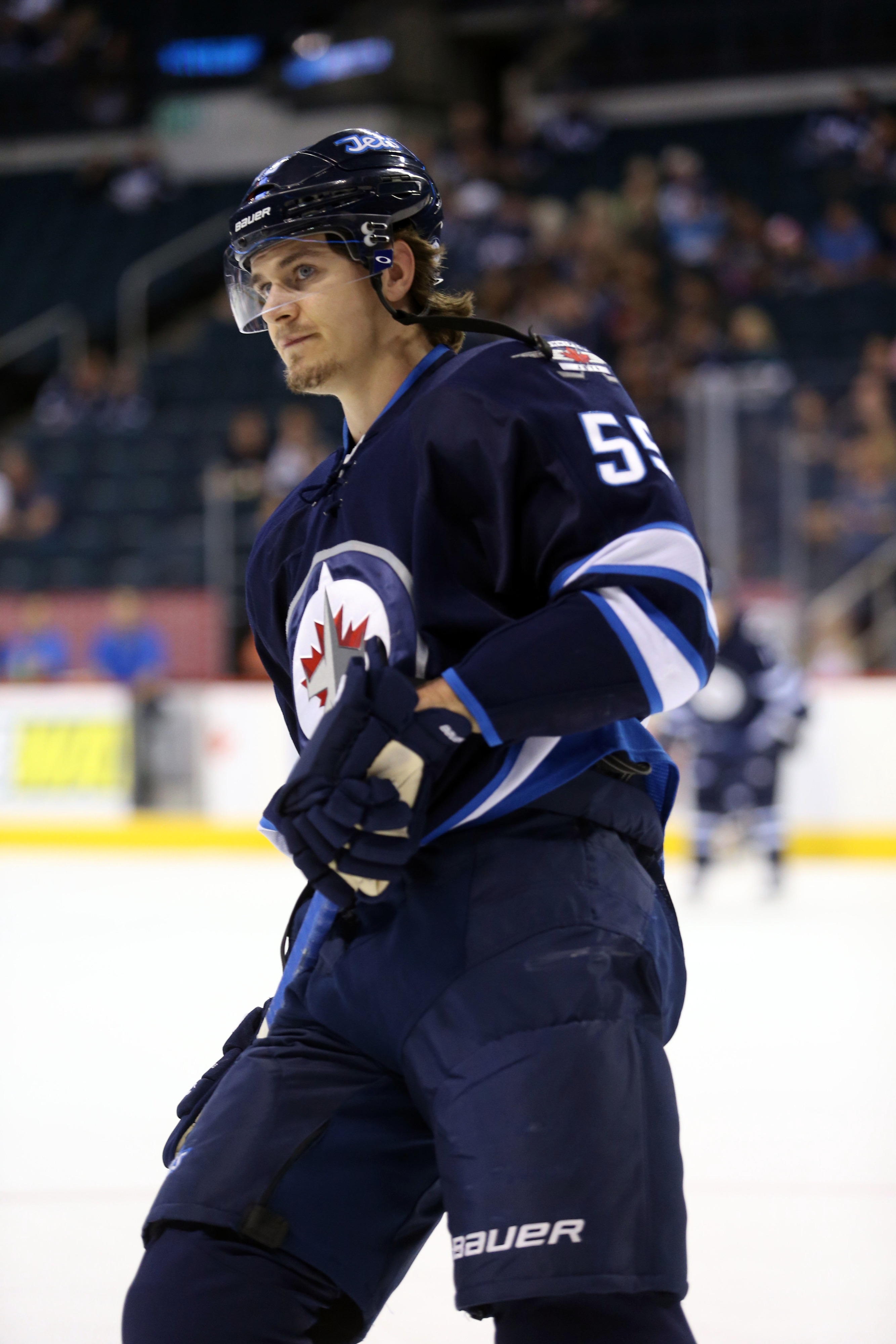 Throughout the pre-season, Scheifele has said all the right things. That he's ready for the challenge. That he belongs in the NHL. So far, his assertions have yet to translate into tangible on-ice evidence, aside from one goal in last Thursday's contest versus the Boston Bruins. Funky See is missing its Funky Do so to speak. Part of his low production totals correlate to Scheifele's progress as a player -- a young man still adapting to his body size and stature. The other harkens back to his player usage, a topic we'll broach at a later date.

Scheifele has all the tools to be successful in the NHL. His skating has improved tenfold since his draft year. His play around the net was voted as one of the best in the Ontario Hockey League last season, as was his shot. He led his team to within one game of a spot in the OHL Finals. All indications are that this kid is going to be good. It's now an issue of not "if" but "when".

With names like Filip Forsberg, Seth Jones, Ryan Strome, Nathan MacKinnon and my personal favourite Aleksander Barkov cropping up in this season's rookie class, Scheifele will have his hands full in his efforts to claim the Calder Trophy. And when you figure that some of his competition will be given top line roles and power play duties, it will be difficult for Scheifele to produce at the same levels should he be tasked with centring a third line. Thus far, Scheifele has improved himself each year since being drafted in 2010 so don't count him out quite yet. If he can play himself into a gig as the Jets' second line centre then I like his odds at earning a bushel of Calder votes, enough to finish among the top three finalists.

Do fans become impatient should the Jets remain stagnant and fail to take the next step in building a perennial winner? 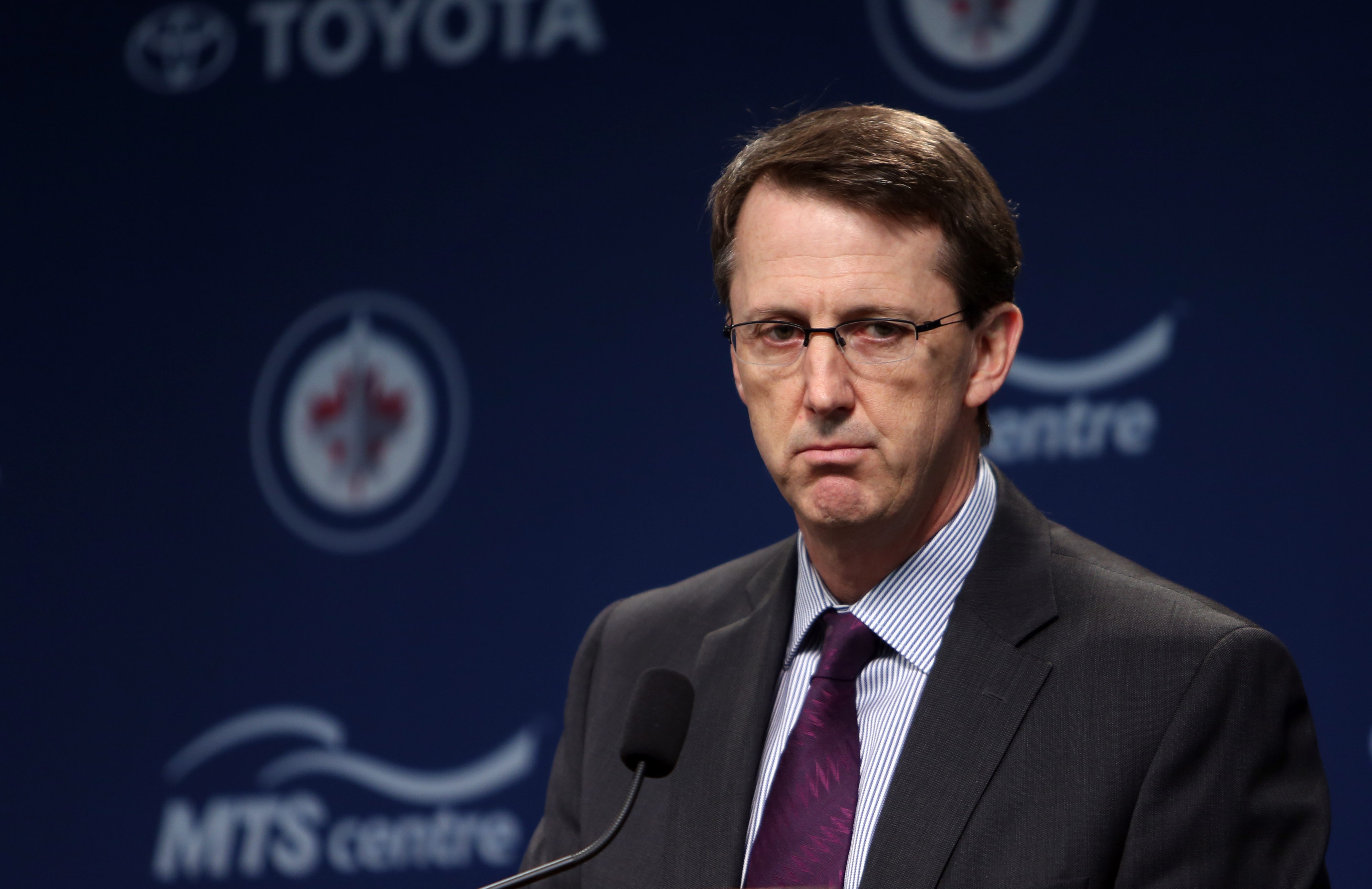 Ahh, saving the easiest question for last. The answer is yes, yes, oh dear God, yes! It wasn't long after the start of this summer's free-agent frenzy that fans began taking to social media with intentions of blasting General Manager Kevin Cheveldayoff for his off-season plan; or rather lack thereof. There have been those who have denounced the Devin Setoguchi trade after a handful of pre-season games. Those who gnashed their teeth over the Adam Pardy signing and wondered aloud "what's to be done with Olli Jokinen?". It's now evident that fans are tired of footing their fat stacks of high society on a team clinging to the cusp. Rightly or not, their patience is wearing thin.

That's not to say that another season of closer-but-no-cigar hockey won't be given a pass due to the sheer excitement living and dying with every game provides; however, anything less would unleash mobs of surely Manitobans set to gripe about the latest injustice. Complain until it's fixed: the Winnipeg way of doing things.

At some point, Mark Chipman and the brass at TNSE will start to feel the heat of the contract extensions of their Head Coach and General Manager should the team not continue to improve. But the real truth is that our city inherited a dumpster fire of a hockey team that is still looking to find that je ne sais quoi to make this team a constant threat league-wide. Surely, they'll have to find it sooner rather than later. But nevertheless, this team is two years out from the full infusion of draft talent into their organization's five year plan and it's only fair to see how these players develop before completely denouncing management as having failed their fan base.