The big right winger is now the second highest paid Jets player after signing a deal that will keep him in Winnipeg until at least the age of 32.

For the second time in his short career with the Winnipeg Jets, Blake Wheeler has avoided an arbitration hearing by signing a contract just days ahead of time. This time the deal is six years in length, worth a monstrous $33.6 million dollars for an annual cap hit of $5.6MM per season. He is now the second highest paid Winnipeg Jets player behind only Tobias Enstrom, and is the only member of the Jets signed through the 2018-2019 season.

Wheeler is a big time player, and now has a big time contract to go with it. He is oft to use his size and deceptive speed to his advantage, and causes a lot of mayhem when he flies down the wing and drives the net. His 105 points over the last two seasons ranks 30th in the NHL, while his 36 goals are good for 53rd most.

The deal is about as fair as either side could hope for after an off-season where mediocre players (David Clarkson) signed outlandish deals, so it's good to see that the Jets didn't have to break the bank and go upwards of $6 million per year. Locking Wheeler up for as long as they did also means that, come the end of his current contract, he'll be a UFA at the age of 32.

The Winnipeg Jets are running out of salary cap space. 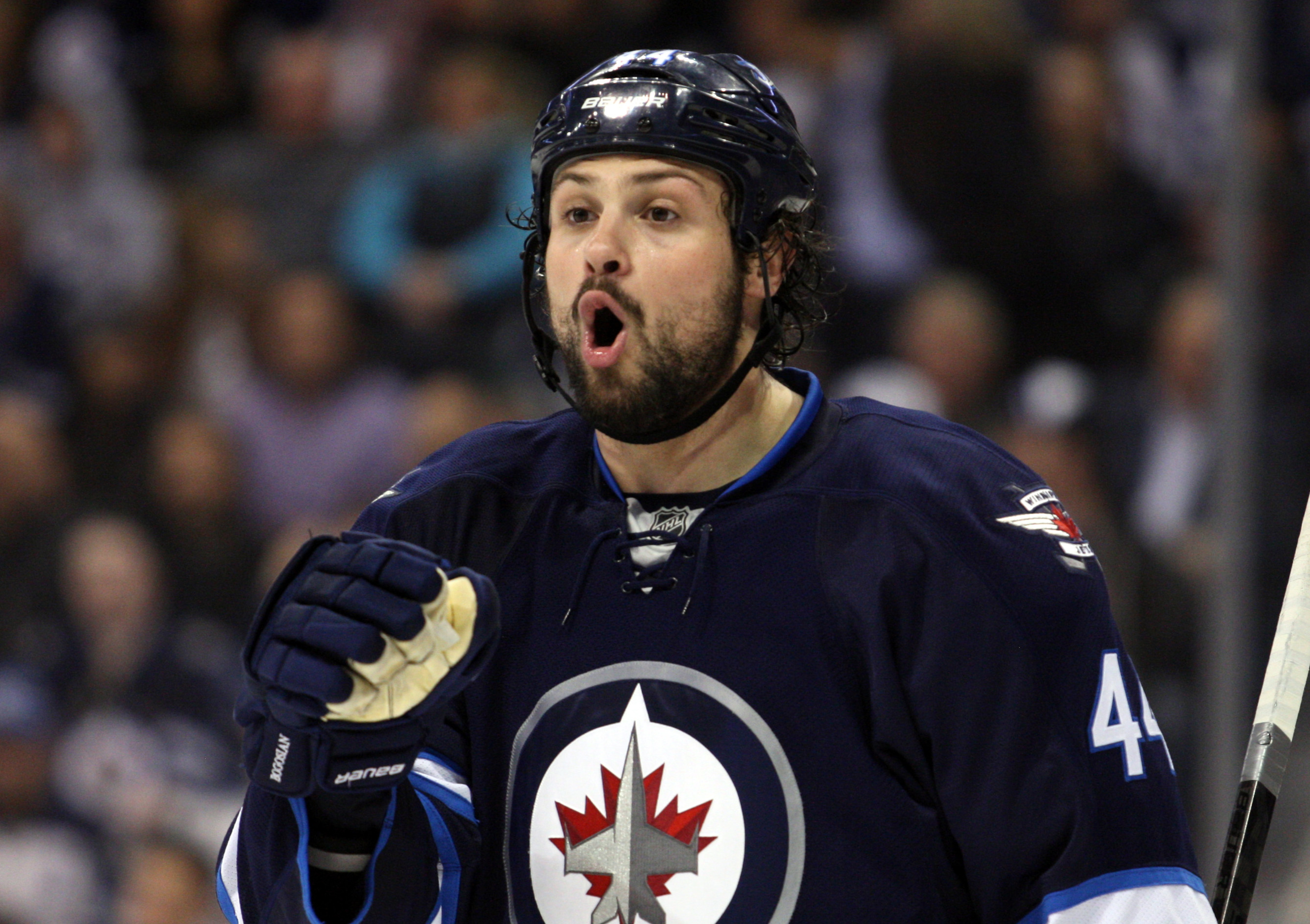 Wheeler is a former fifth overall draft pick of the Phoenix Coyotes, however he refused to sign a contract with the club, allowing him to become a free agent in 2008, four years after he was drafted. During that span he had a successful career with the Minnesota Golden Gophers of the NCAA. He went on to sign with the Boston Bruins, with whom he played for the next three years. He amassed 100 points as a Bruin before being traded to the Atlanta Thrashers along with Mark Stuart at the 2011 NHL Trade Deadline for Boris Valabik and Rich Peverley. Since joining his current franchise, he has totalled 122 points in 151 games played. Wheeler was recently named as one of four Jets selected to the preliminary roster for the U.S. Olympic team and has represented his country twice before, once at the World Championships in 2011, as well as at the 2006 World Junior Hockey Championships.

With Wheeler now secured for the foreseeable future, the only Restricted Free Agent the Jets have left to sign is defenseman Zach Bogosian. The defenseman is scheduled to go to arbitration on August 2nd, giving Kevin Cheveldayoff and his crew a week to lock him up long term. If you believe Capgeek's projected roster, there is $7,466,500 left under the salary cap, though the "internal cap" that people keep talking about must be bulging at the purse strings.

But the good news is: @BiggieFunke is back, and Andrew Ladd, Bryan Little and Blake Wheeler are reunited once more, as the Jets' top line will be together heading into future.

Thrilled to be a Jet for 6 more years