Past, Present, Future: Ilya Kovalchuk's retirement and its impact on the Winnipeg Jets

Russian phenom Ilya Kovalchuk announced he is stepping away from the National Hockey League. So where does his legacy stand, predominantly with the Winnipeg Jets?

Share All sharing options for: Past, Present, Future: Ilya Kovalchuk's retirement and its impact on the Winnipeg Jets

Ilya Kovalchuk, at the tender age of thirty, made the decision last week to retire from the National Hockey League and the New Jersey Devils. The remaining twelve years on his contract that was set to pay him in the neighbourhood of $6.66MM annually are now a moot point. Kovalchuk has reached the conclusion that it's best for him to return to the Kontinental Hockey League, where he will likely remain for the duration of his career in order to be closer to his family.

Despite having what seem to be good intentions for the move -- not to mention three dump trucks full of money currently unloading onto his Russian doorstep -- the media onslaught against him has been stupendous. Since announcing his departure, he has been labeled a cancer, a coward, selfish and a loser, as though Ilya Kovalchuk truly owes the NHL or its fans anything.

Kovalchuk will go down in the annals of history as one of if not "the" greatest Atlanta Thrashers'/Winnipeg Jets' player to ever suit up for the franchise.

In an NHL career that has spanned over a decade, things haven't always been so tumultuous for one of the greatest Russian talents to ever grace us with his presence. Selected by the Atlanta Thrashers with the first overall selection in the 2001 NHL Draft, Kovalchuk was already a star on the rise. He went on to spend the next nine seasons (eight excluding the 2004 Lockout) with the franchise before demanding a trade in the 2009-10 season, effectively cutting ties with the team.

Let's take a look, shall we?

*Denotes player on the active roster.

Whether you wish to acknowledge the existence of the Atlanta Thrashers is your prerogative, albeit a vacuous one. Simply put, Kovalchuk will go down in the annals of history as one of - if not "the" - greatest Atlanta Thrashers'/Winnipeg Jets' player to ever suit up for the franchise. Bryan Little and Tobias Enstrom are the only active members of the Thrashers/Jets roster who appear in the record books as currently constructed, with only Enstrom posing an outside threat at Kovalchuk's hold as the all-time leader in assists.

And sure, maybe Evander Kane will one day transition into the franchise leader in goal scoring, though it will never be at the pace set previously by Kovalchuk (1.04 PTS/G).

Ilya Kovalchuk retires from the NHL 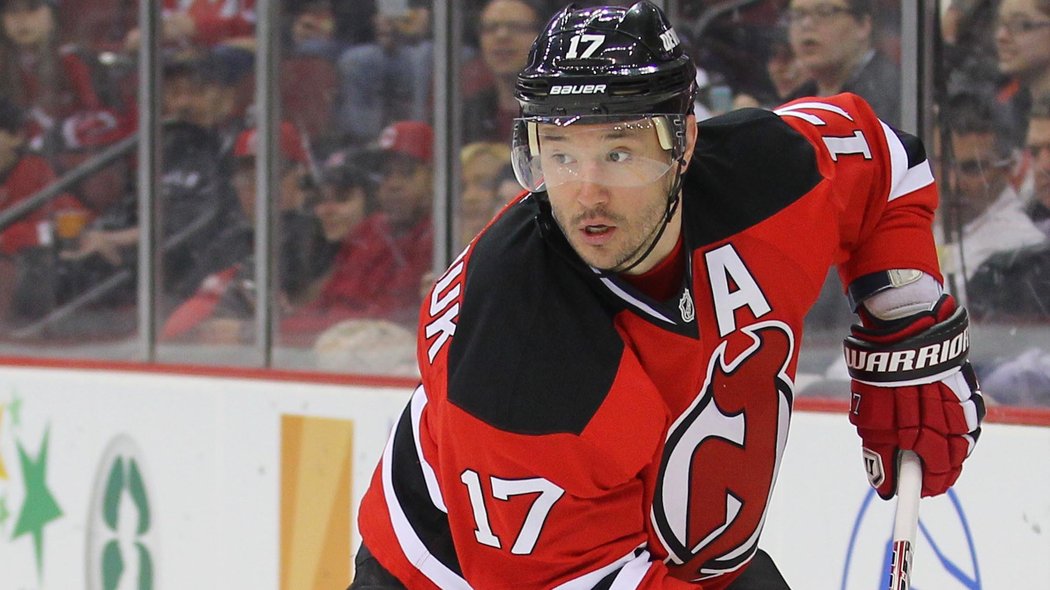 Ilya Kovalchuk has stunned the North American hockey world by retiring from the NHL to return to Russia.

Ilya Kovalchuk was an offensive dynamo whose star burned out and collapsed on itself earlier than anyone could have anticipated. That's not to say that his skill-set has diminished, but that his footing with the NHL has been on slippery ground for years now. At this juncture, he is content to take his puck and go home. The great shame is that he spent the bulk of his career playing on a team with such a dearth of national appeal as the Atlanta Thrashers.

Now this article isn't to say we should induct, enshrine or honour the accomplishments achieved by Kovalchuk, irregardless of how impressive they were. We should, however, reflect on a time before our relevance and appreciate just how special a player Ilya Kovalchuk was, and marvel at the impact he's made on our franchise's record books.

God speed, Ilya Kovalchuk. May you live long and prosper in the Kontinental Hockey League. And please don't take Alex Ovechkin with you.