Here are the Corsi events for all situations (including PP and PK): 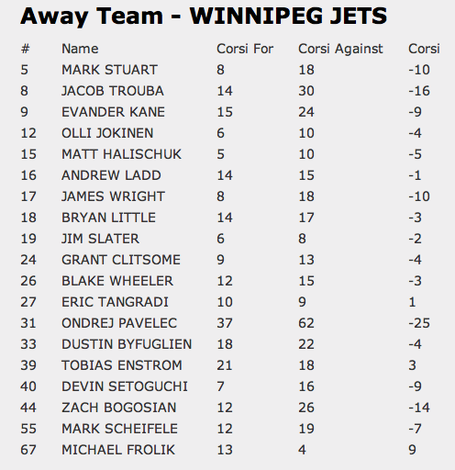 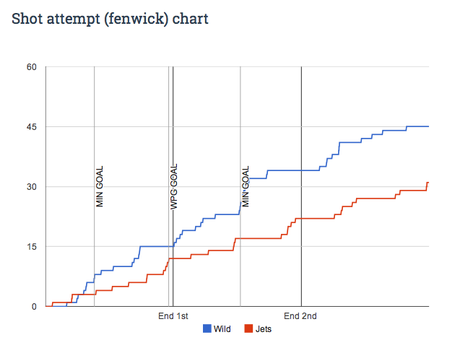 * Eric Tangradi, Michael Frolik and Tobias Enstrom at least can say they gave it their best... the rest maybe not as much.

* Back to Frolik... When he was on the ice Winnipeg Jets did to the Minnesota Wild did to the Wild did Jets for the rest of the game.

* This second line is not the one we saw in the first pre-season game. I didn't expect them to be an awesome possession line but this is a bit troublesome.

* System or players? If the team keeps adding players that are supposed to do better under the coach's system, yet overall they still do worse than the original players... who do you blame? Personally I'm thinking the Jets are leaning too heavily on dump and chase.

* #Silverlining: The Jets weren't as terrible as they were against Anaheim Ducks in zone exits, also James Wright and Mark Stuart sometimes carried the puck or used an outlet pass instead of always turning over or chipping off the boards.