Fun with charts - Alex Ovechkin: before and after Dale Hunter

Share All sharing options for: Fun with charts - Alex Ovechkin: before and after Dale Hunter 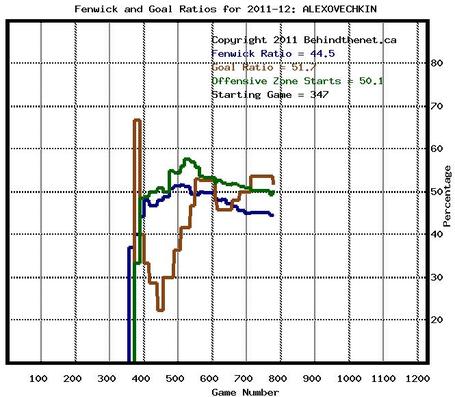 Bruce Boudreau suffered from some bad percentages even though the Caps were moving the puck in the right direction during his tenure. Under Dale Hunter, they took a step back in the possession department but haven't been bitten quite as badly by the percentages. The net result is that a weaker Caps team is now in "3rd" place place in the East as "opponents" Winnipeg and Florida crash down to where we expected them to be. The Caps are a good team (my pre-season pick to win the East) but I'm skeptical that Hunter is contributing much to their success.