BW Chart for Jets vs Panthers 2/3

Share All sharing options for: BW Chart for Jets vs Panthers 2/3

The Panthers game on Friday evening was another tough one to watch, primarily because we were up against a division "rival," and partly because the Panthers looked like the better team. Oh yeah, and Kris Versteeg scored against us again, an inevitability that I'm still having trouble accepting. Once again, our goaltending has played well (it's primarily the reason our PDO has rebounded), but we're just not playing like a team that's going to put a bunch of pucks in the net. Case in point... 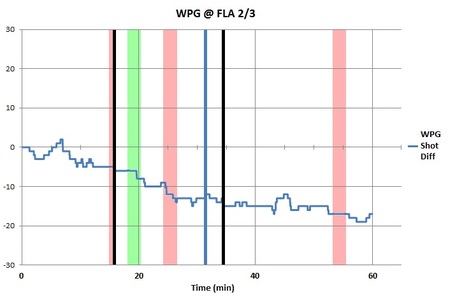