When did the NHL All-Star Game become a total joke?

Share All sharing options for: When did the NHL All-Star Game become a total joke?

I know I'm a month late on this, but the NBA's joke of an All-Star Game made me wonder when the NHL All-Star game went off the rails. Certainly, offensive levels skyrocketed in the early 1980s: 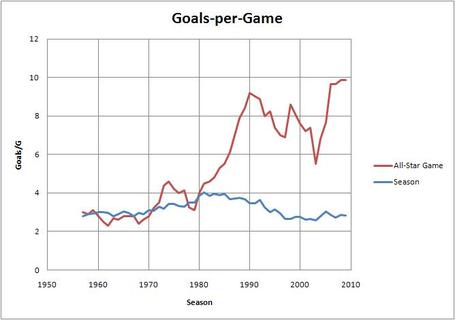 We see the same thing happen in the shot department: 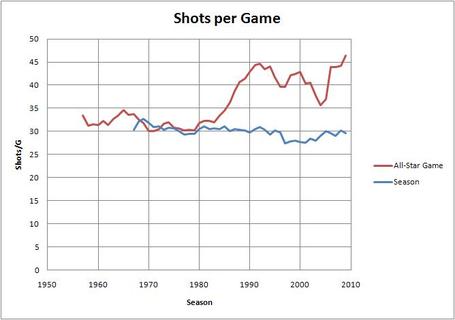 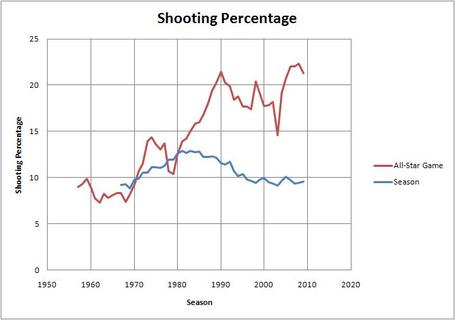 Penalties present a slightly different and more interesting situation. In the 1960s, the Stanley Cup champion played the rest of the league - everybody knew each other and the champs had just beaten everyone on the other team. You can bet there was bad blood and a lot more hacking and slashing than usual - no fights, though; the last fight was in 1948 (Gordie Howe, of course) and technically in 1968 (Howe again, though roughing minors were assessed.) A larger league and an East-West game reduced the bad blood and led to a large drop in penalties even as the league itself got rougher. The drop in penalties and intensity went even further in the last decade as most All-Star Games featured zero penalties: 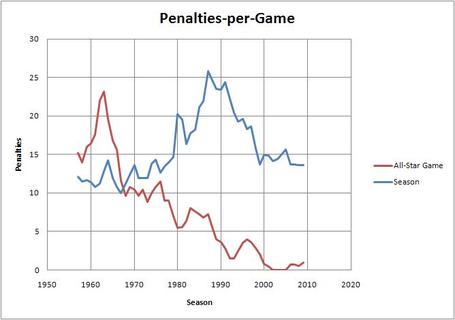 It's not clear to me why All-Star Games suddenly became meaningless 30 years ago. Maybe nobody wanted to hit Wayne Gretzky? I don't think I've ever watched one of these no-hitting scrimmages, so I'm probably the wrong guy to ask.