BW Chart for Jets vs Panthers 1/21

Share All sharing options for: BW Chart for Jets vs Panthers 1/21

The overall sentiment in the game thread during last night's game was that we dominated play, only to screw ourselves out of the win. Having put together the BW, it was pretty clear that we had, indeed, played an incredibly strong game. In the process, I ran into a little bit of a chart problem... 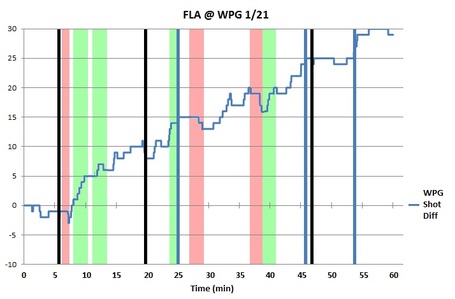