Share All sharing options for: BW Chart for Jets vs Bruins 1/10

Tuesday's game against Boston was going to be tough, that much was clear, and for the Jets it was unfortunate since we had struggled on the road against relatively easier teams in Montreal and Toronto. Turns out that, yup, the Bruins are good, and we were unable to stem the tide in a 5-3 loss. Regardless, our BW looked not too shabby, at least until the 3rd period. 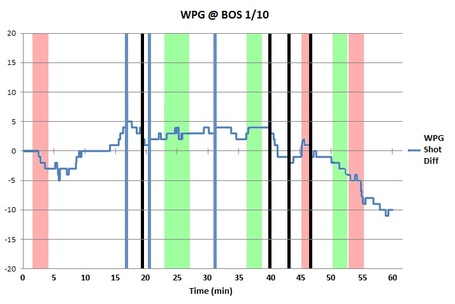