Share All sharing options for: The NHL's Most Interesting Name: 1940s Part II 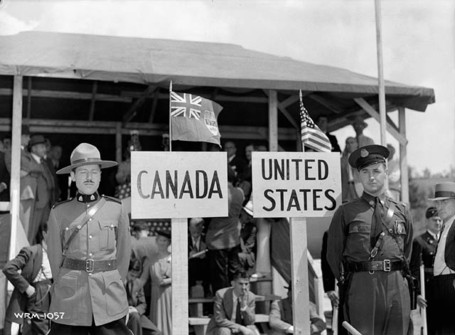 Now I know where the cop 'stache came from...(National Film Board of Canada via upload.wikimedia.org)

Ahhh, remember the 1940s? Me neither. I can't really fathom a time when my parents would consider naming me Fern (don't get me wrong, it's a fine name...for a plant) or Randley (which actually was a Wendorf family name).

But it happened. We're going to fathom right now.

Same rules as before:

Here are the best of the rest: