Share All sharing options for: Winnipeg Jets Noise for Fri & Benny as Mascot? 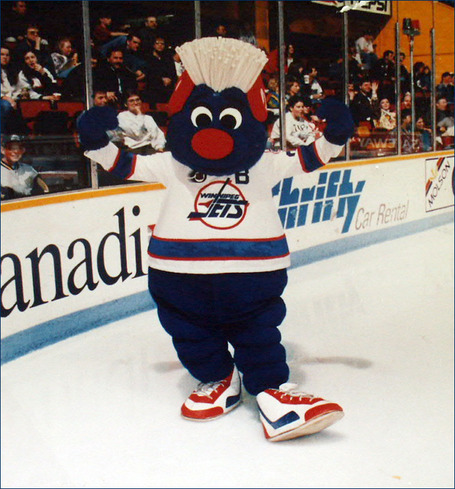 Should Benny be Mascot again? Other candidates after the daily links.

To wind up Jets Noise today with a question, has anyone established if Benny is being reinstated as the Jets official mascot? I searched dilgently for confirmation or denial but came up empty.

For the few of you who do not know Benny, he was the Jets (1979) former mascot and his name is taken from the song Bennie and Jets and from the orginal owner of the Jets (1979) Ben Hatskin and our own Ben Wendorf who had some pull back in the 70s with such issues.

If you are not familiar with the song there is a clip after the break and a few other alternate candidates.

Benny's name was inspired by this song for the 2 people in Winnipeg who don't know this. Actually, I probably should not assume that. There is a new generation of young Jets fans now, some of whom probably have very little actual memory of the (1979) Jets. For those fans I should probably mention that I was kidding about our very own Ben Wendorf being the inspiration for Benny's name.

This reminds me, does anyone know which bar will be the unofficial bar for the Jets after the games yet?

Bennie and the Jets scene (via Soccergrrl45)

Can you not easily picture Eddie in his fighter jet uniform with our logo banging the drum at the games? What is that you say? Mascots are for kids, he is too scary. Well geez our logo has provoked outrage from a portion of the Canadian population, may as well go all in with it. Does it matter that this image's premise is Eddie fighting Nazi's in the Battle of Britain in WW II ? No? Geez, better strike Billy Bishop off the list here as well. 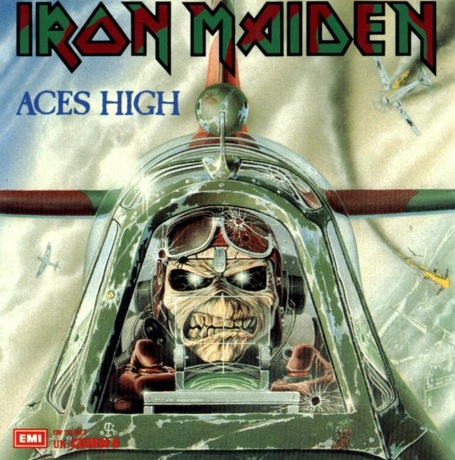 A link to the Atlanta Thrashers past perhaps, he may be looking for work and did any one check his vitals before they closed the lid? 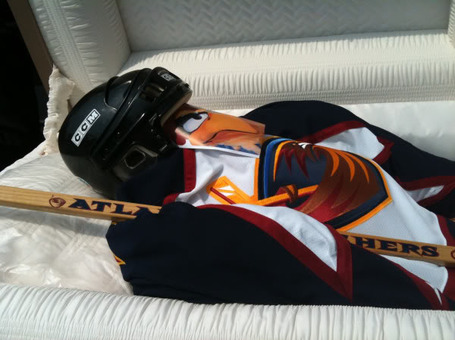 Wave of the future, sorry Benny. 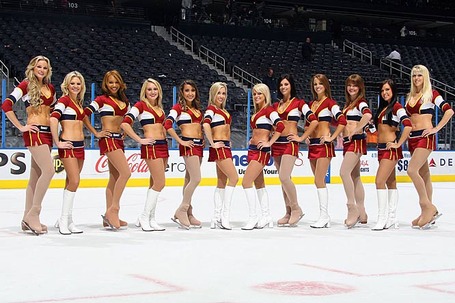 An olive branch to the anti-logo folks. Imagine a slightly altered version of her "I'm like a Bird" song now as she sings it live as a goal song.

I'm like a Jet - I'll only fly away, I don't know where my soul is - blah, blah, blah - the hippies will dig all of that big time and don't tell me you can not easily picture her in Benny's costume serenading a hippie jam fest at the MTS.

Of course the next time I am in Winnipeg I may be having nightmares like this later but don't let me influence your vote.

hippies all around me (via coolrobc)