Share All sharing options for: Further to: In-Season Momentum

Previously, I looked at the predictive value in the first round of the playoffs of a particular number of games working backwards from the end of the season.  I wanted to run the same test in both directions: 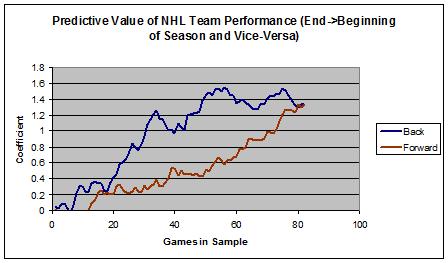 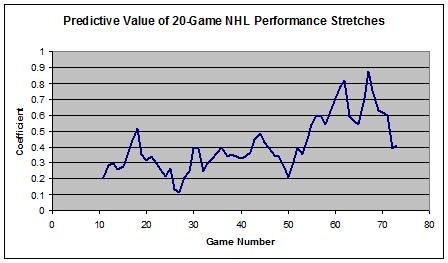 Again, we're capturing a very high predictive value around the trade deadline.  Though deadline deals have a very limited impact on team performance, teams do improve when they deal.