How Does the Defensive Shell Work?

Share All sharing options for: How Does the Defensive Shell Work?

You've probably seen charts like this before - as we get further into a game, Fenwick percentage drops significantly for the home team when they've got the lead in the 3rd period: 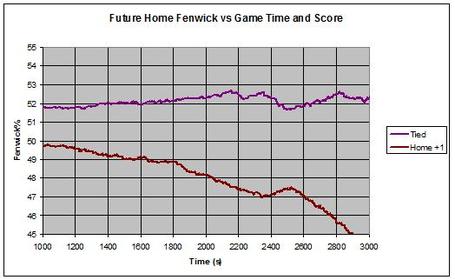 But what accounts for that drop in Fenwick percentage? 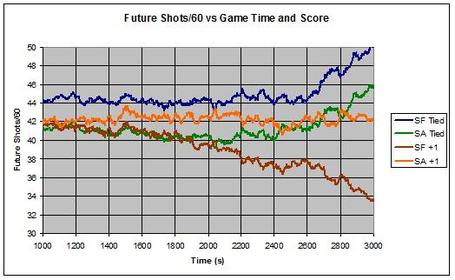 When the home team goes into a defensive shell, obviously they give up on their own opportunities.  But it doesn't reduce its opponents' shot levels relative to what happens when the game is tied.  That doesn't mean the trailing team's offense isn't suppressed - they have an incentive to play more aggressively and yet their outcomes are no different than when they don't have that incentive.

What about shooting percentage? 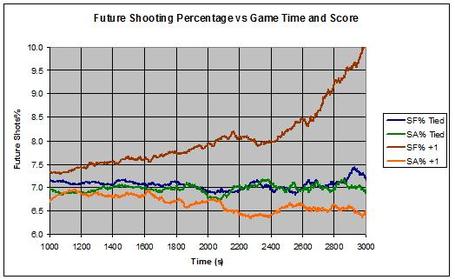