What does it Take to be a Goon?

Share All sharing options for: What does it Take to be a Goon?

In the hey-day of gooning it up, Tiger Williams frightened his opponents and rode his stick - at 5'11, 190.  Dave Schultz was a solid 6'1, 190.  That's the same size as noted pugilist Daniel Sedin.  All of this got me to wondering how big guys who took a lot of penalties were relative to the rest of the league.  Through the mid-1970s, there really wasn't much of a difference - all it took to be a goon was a foul temper: 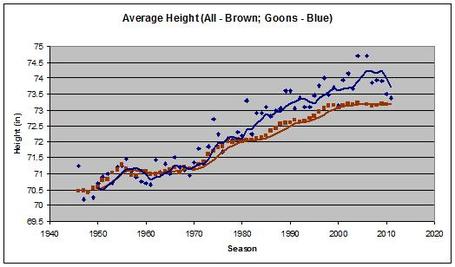 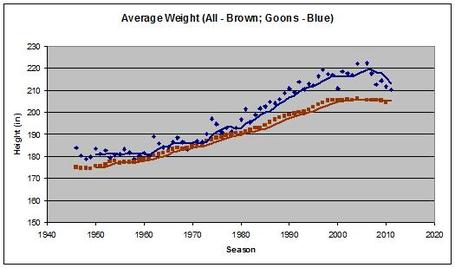 BMI is a more informative trend - guys who took more penalties have always been bulkier than average, and they've bulked up significantly over the last 25 years: 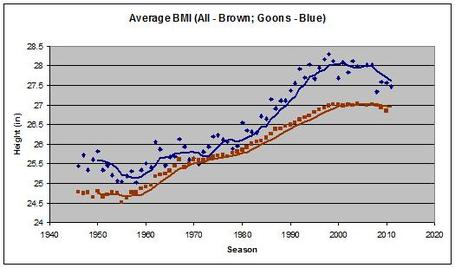