Spain may not yet have had Germany's finish, but they have an ability to control ball possession that borders on the ridiculous. Against Paraguay, they controlled more than 3/4 of the overall passing:

This is nothing new for the Spaniards - in winning efforts, they were up at 70% against Portugal, 72% against Chile and 65% against Honduras. And because they played a goal down, they had 80% of the territory against the Swiss.

We can see Spain's dominance as the game progressed, even if it could have been interrupted by Paraguay making a penalty kick: 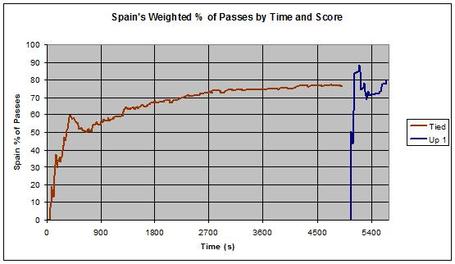 The 70% average while the game was tied doesn't do justice to what they did after the first 20 minutes, controlling more than 80% of the passing most of the time: 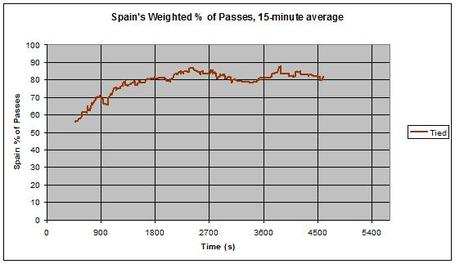 Germany has scored so quickly in its important matches, we don't really know if they can control possession the way Spain can. The Spaniards appear to have no equal in this department, and for all intents and purposes, Wednesday's match between the two teams will be the true World Cup final.