Where Players Spend their Time in the Offensive Zone

Share All sharing options for: Where Players Spend their Time in the Offensive Zone

I've been looking at the origins of high (and low) shooting percentage, and one of the interesting outcomes was that shooting percentage is deterministically driven by where a player positions himself on the ice.  So if we look at even-strength shots taken by Andrew Brunette over the last five seasons, we see a player who spends his time very close to the goal (0,0) - it's no surprise that he led the league in shooting percentage last season. 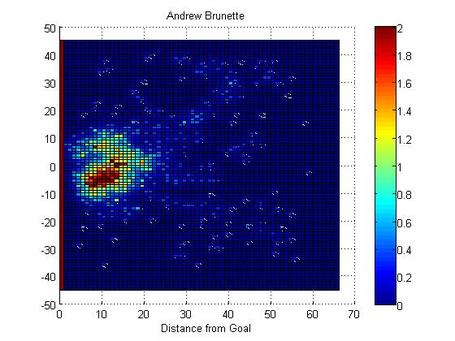 Ilya Kovalchuk, on the other hand, is all over the map.  He's usually between the dots and below the top of the faceoff circles, and he doesn't really get in close to the goal. 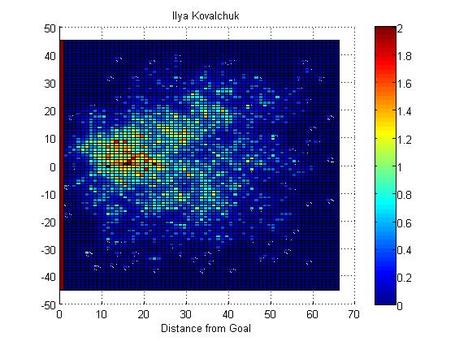 Chris Pronger has the typical pattern of a left defenseman, with a small amount of time on the right side. 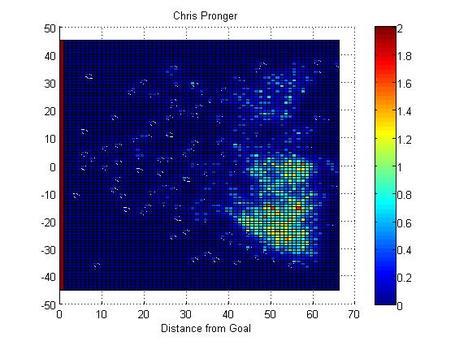 It's key to keep in mind that defensemen really don't pinch in very far to shoot.  The defenseman who gets closest to the goal on average - Dan Boyle - shoots from further out than the least offensive forward.