Spain have had about 72% of the passing in the tournament so far, with a tournament low of 57% against Germany. Today they went back to their normal levels, dominating Holland and controlling 70% of passing and territory:

There were lots of opportunities in both directions in this game, so anyone could have won, but if we played the game 1000 times, Spain would win the majority of the time.

Spain maintained this control over most of the game, too, though they were more dominant in the first 20 minutes: 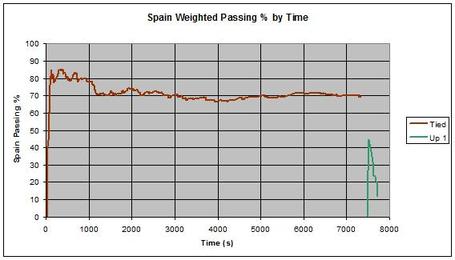 Spain was the best team in this tournament, so ultimately, it's no surprise that they won.