Share All sharing options for: Soccer: Value of Corner and Goal Kicks

How much are corner kicks and goal kicks worth to a team over the course of a season? In the English Premier League, there are approximately 30 such plays per game between both teams:

We can determine the value of each event by looking at the number of shots taken by each team after the kick. For corner kicks, we see a significant offensive boost for more than 10 seconds - it also takes the defending team at least 13 seconds to get down the field and get a shot on goal: 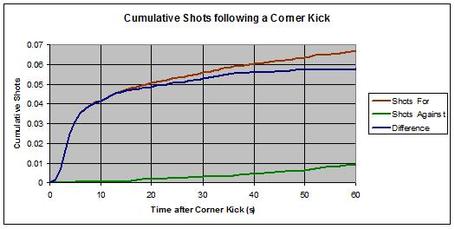 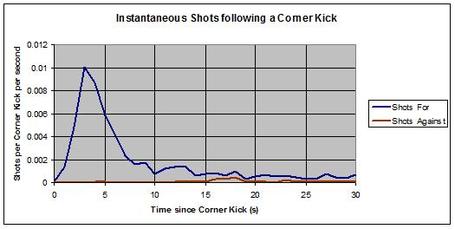 Let's compare this to a goal kick: 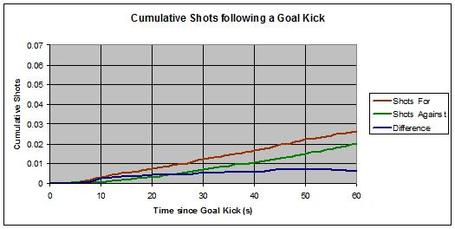 Clearly a goal kick is a very low-outcome event compared to a corner kick, resulting in six times fewer shots between the two teams over the next ten seconds. There is, however, a slight offensive advantage for the kicking team from five-to-fifteen seconds after the kick: 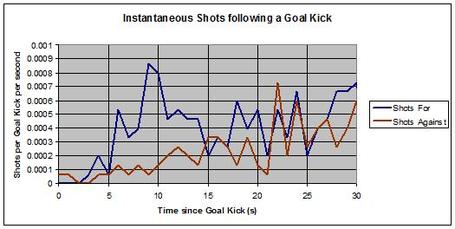 Ultimately, the difference between a corner kick and a goal kick is approximately 0.06 shots, 1-200th of a goal, or 0.008 points in the EPL standings. Even if you had 200 more corner kicks than your opponents over the course of a single season - which would be incredibly unlikely - it would barely influence your overall point totals.