Distribution of Goal Distances and Targets

Share All sharing options for: Distribution of Goal Distances and Targets

Every once in a while, you'll see a ridiculous goal, for example, Spurs keeper Paul Robinson scoring from 80 yards out or Xabier Alonso fooling the goalie from 60. But such achievements are few and far between. Using data from the last four seasons in the English Premier League, I assembled this distribution of goal distances: 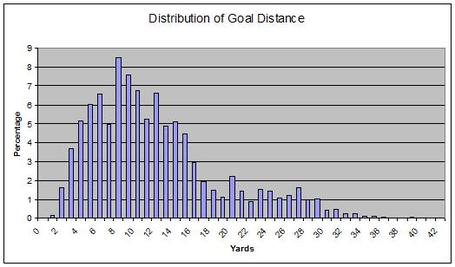 Another interesting question is where shots go into the goal. As you can see, most goals are scored along the ground or close to the posts: 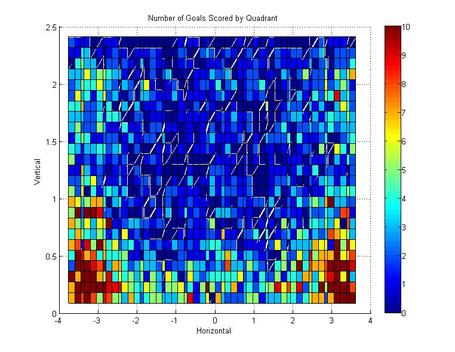 Indeed, 53% of goals are scored within two feet of the ground. Of course, none of this is even remotely surprising...