With the NHL season over, I have to find something else to do at least until free agents start signing. Thankfully, the World Cup is on, and soccer presents us with a ton of data to analyze.

Here's shooting data for the English Premier League from 760 games over the last three seasons:

Home teams have a fairly significant advantage in terms of shot volume (which could be somewhat due to scorer bias) and a small advantage on shooting percentage.

Here's the distribution of shots (both on goal and not) taken by location: 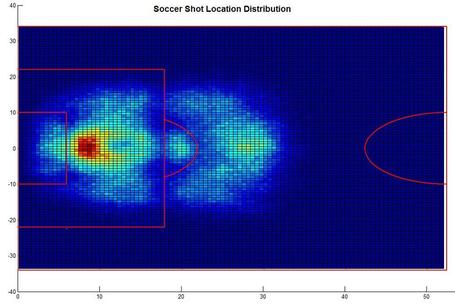 Not surprisingly, shots tend to be taken in the middle of the field (higher percentage) and as close to the goal as possible without running into the defense or the goaltender. It's a rare shooter who poses any risk of scoring beyond 35 yards, so we almost never see any long shots at goal.

And here we see shooting percentage by location: 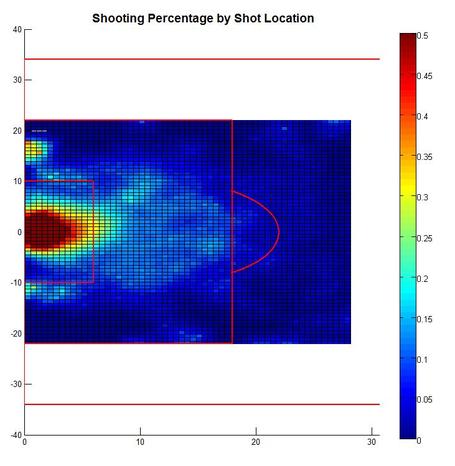 It's difficult to penetrate the six-yard box, but when teams do, they get high-percentage shots. The risk of scoring drops very quickly, and by the time we're at the 18-yard box, barely 1-in-10 shots go directly into the goal. Of course, ball possession anywhere near the box is still dangerous for the defending side because the attacking team can easily get the ball to a high-percentage scoring spot.