Canadians, Americans and Europeans in the NHL

Share All sharing options for: Canadians, Americans and Europeans in the NHL

Following on my previous post on Canadian goaltenders in the NHL, this plot shows the change in the number of skaters and goaltenders from their peak during the NHL/WHA era.  Were it not for the WHA talent dilution, we'd have a roughly flat curve through the 1970s.  Skaters are flat, while the decline in Canadian goaltenders looks to be a post-1993 trend: 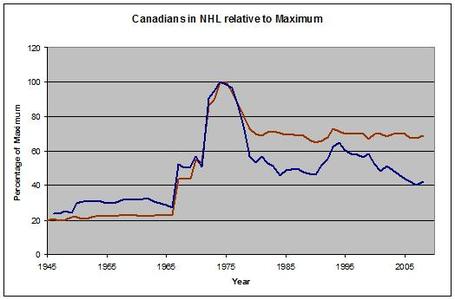 Here are the same trends among Americans - they hit their goalie peak in the early-to-mid 1990s and haven't developed proportionally more goaltenders.  That's a different trend from skaters, where the USHL has dramatically increased the number of US-born players in the NHL in the last decade: 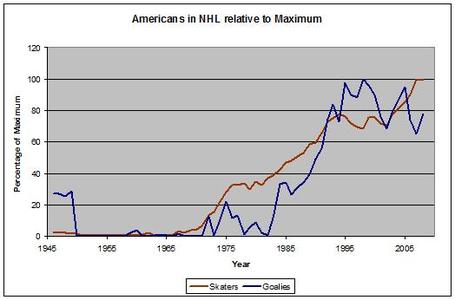 It's well-known that European skaters hit their peak about a decade ago - but the number of goaltenders has continued to increase: 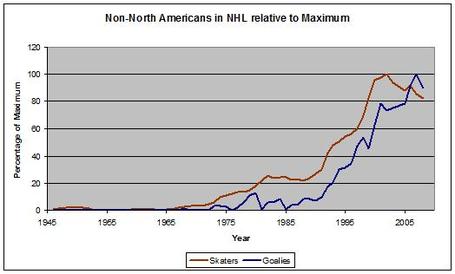 So we have only two groups that have dropped from their post-WHA peaks - European skaters and Canadian goaltenders.