Share All sharing options for: Shooting Percentage vs Age

There was some discussion the other day about whether shooting percentage should go up as a player ages, presumably hitting a peak in his mid-20s.  If we look at players who starting playing in the NHL at age 21 or younger, this is certainly not true: 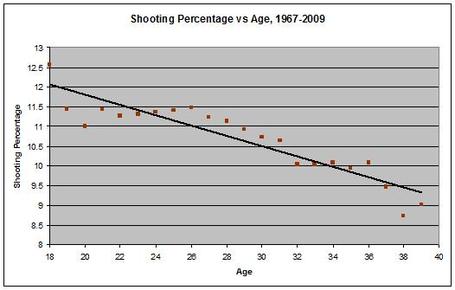 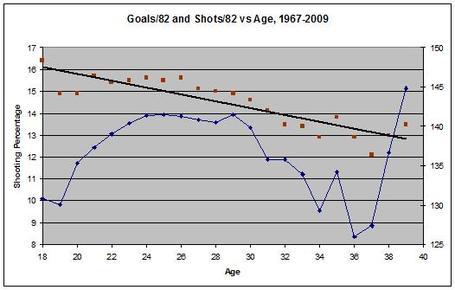 We can slice and dice this data looking for other trends, but what I've shown here remains true pretty much no matter what you do.  If a player has been in the NHL for a few years and his shooting percentage goes way up one season, there is absolutely no reason to believe that it represents a change in ability - most likely it's a change in usage or just a case of making his shots in one particular season.  It is certainly not something that we expect based on aging curves for typical players.