I Love You, Google Translate

Share All sharing options for: I Love You, Google Translate

There are some things easily translatable, such as John Madden stick-checking SM-Liiga player Antti Bruun.  But as I've found snooping around the SM-Liiga and Elitserien stats pages, some things get a bit...altered.

We can start with Mr. Bruun's player page... 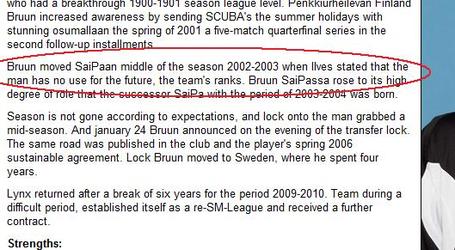 You can really read that two different ways: viewing Bruun as having a "devil-may-care" attitude, or thinking "Wasn't that what the Blackhawks told Cristobal Huet?" 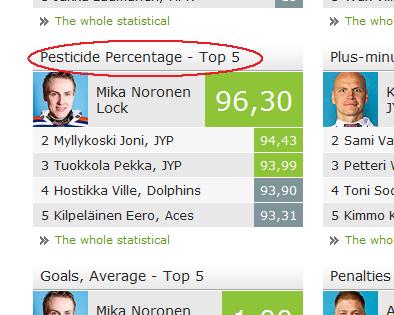 This is like one of those movies where the tourist mixes up the Swahili words for "Thank you" and "That's what your mother said last night." 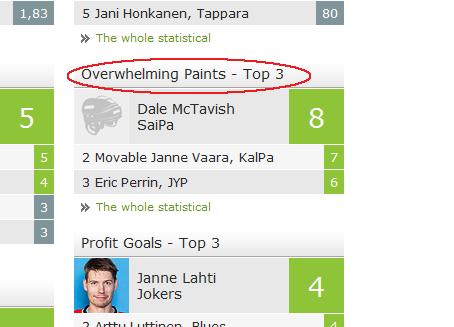 Apparently "points" and "paints" were pretty close for Google, so I'll give them the pass for that.  "Overwhelming," though, is pretty great, and together they are Captain Planet (or his equivalent). 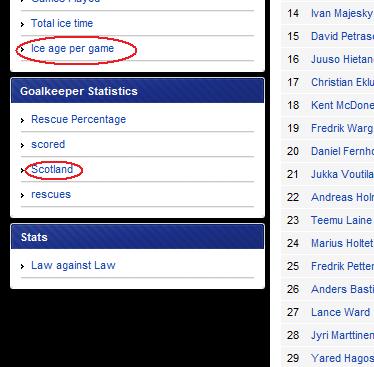 The "Ice age per game" reminds me of Chris Chelios...and I think "rescues" were a funny, valiant way of describing "saves."  That being said, I cannot for the life of me figure out how "Scotland" figures into it, though I'd like to think it's a way of expressing this happening.  The shame of it is I can't seem to replicate the action that got these translations.

I'm sure there are good, rational explanations for all of these translations, but the time is now if you want to make fun of Google Translate before they work out the kinks.  Let's just hope for everyone's sake they don't work this one out.

Got any funny ones that you've come across?

Many props to the SM-Liiga and Elitserien sites, as they actually provide much better translations on the homepages.  Similar props to the Finnish and Swedish languages, which seem difficult as hell (but worth learning if I wasn't learning two others right now).