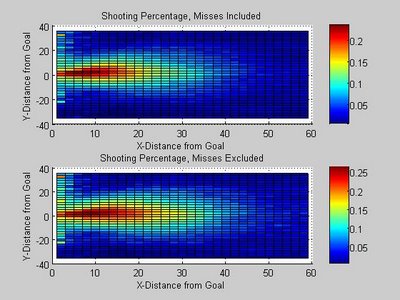 We can see where the estimate error is largest by subtracting the dataset that includes misses from the one that doesn't: 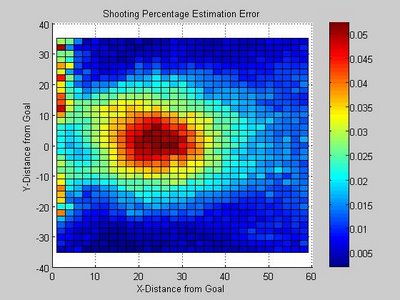 So by failing to include missed shots, we've substantially overestimated the shooting percentage in the high slot, 20 to 30 feet out from the goal. We can also express the error as a percentage: 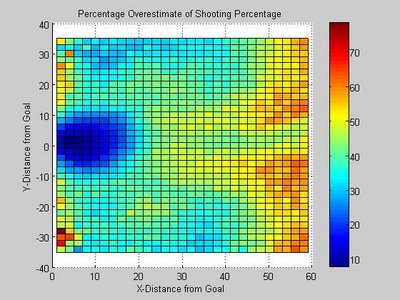 This gives a different result - shots from the blue line are much less likely to go in than we would otherwise think. If we had location data for shots that get blocked (we only know where they were blocked, not where they were shot from), we'd probably find that we're making an even larger overestimate.